A Boat in The Bahamas & Bonners Fer

It does indeed look better in person...:biggrin

Jason, how come the car still has the stock exhaust?
G

Superfly said:
Jason, how come the car still has the stock exhaust?
Click to expand...

I believe that is a Borla sport exhaust.

I believe that is a Borla sport exhaust.

Maybe. But I think they're Jason's tips, shortened for the bumper delete, but still with the stock muffler. Sorry, in my post I should have said muffler, not exhaust. Since they're attached, I kind of just included the two. The big silver rectangular box is what I'm talking about.

STORMCAT said:
Hey Jason ..Love it !! Thanks for posting again !! You may or may not want to correct the description list. See above.. Item listed as a "wide - shaft shiter " I am assuming you are referring to the Gas pedal !!!! :rofl
Click to expand...

I really love the car itself, and also the photographs done with perfect lighting and the white background. As if it were possible to make this car any more breathtaking.

It was a joy to behold in person.
K

Picked up by Autoblog as well:

We've become familiar with Jason Heffner's creations over the past few years, from his insanely powerful Lamborghini Gallardos to mindblowingly fast Ford GTs. For his latest project, Heffner has teamed up with Ford GT chief designer Camilo Pardo for a special edition version of the car that looks as good as it is fast. Visually, the American supercar gets a racing inspired paint scheme and graphics, flat black BBS wheels and a new rear bumper from Classic Design Concepts. Inside, the car gets a chrome shift ball, wide-shaft shifter and aluminum seat grommets. Under the bonnet, the GT is blessed with Heffner's twin-turbo treatment as well as a Camilo-designed billet aluminum intake and black valve covers. Horsepower is rated at north of 900 and the car is capable of topping 200 mph in under 20 seconds while passing through the 1/4 mile at over 150 mph. There's a press release after the jump with more details and high-res photos in the gallery below over which you have our permission to ogle.

Didn't the GT Guys have a role in the transformation?
S

Its a stock exhaust with what appears to be CDCs exhaust tips that you can get with the bumper delete.

shelbyelite said:
Its a stock exhaust with what appears to be CDCs exhaust tips that you can get with the bumper delete.
Click to expand...

Yes, but Jason has a Shorty version of his exhaust that goes with the bumper delete. So I was just wondering why they didn't use THAT with the car, or why he didn't specify it with the turbo set up instead of the stock exhaust with the polished tips.

Just curious is all. It's a beaut of a car. My favourite GT without a doubt!!! :thumbsup

I understand that this is not news to many of you but I doubt anyone will mind reviewing pictures of one of the best looking GT's on the planet one more time. :cheers

Heffner Performance is a name that has become synonymous with ultra high performance exotic car tuning. Having already successfully modified Ford GT and Lamborghini Gallardo’s for added performance, the team at Heffner Performance looked to expand their range by teaming with world reknowned artist and Ford GT chief designer Camilo Pardo for a special edition Ford GT. The combination of these two unique talents has provided for one of the most desirable Ford GT supercars ever produced.

Camilo Pardo had met Jason Heffner in 2006 when Heffner Performance modified Camilo’s first GT, an all-white 2005. Having had the chance to drive one of the initial twin turbo GT cars, Camilo immediately qualified it as “the baddest GT I’ve ever been in.” It was only a matter of time before they began discussing a collaborative effort, as each sought to take the GT to another level of performance and design quality.

The Heffner Twin Turbo system for the Ford GT is already proven on the street, as well as the track. Whille the car retains all its stock driveability, performance was shown to be otherworldly at the inaugural Car and Driver 0-200-0 shootout. Making over 900hp, the system has proven to obtain 200 mph from stop in under 19 seconds, clocking over 150 mph in the quarter mile. One of the few outside vehicles to ever see the inside of the Ford proving grounds in Dearborn, MI, the Heffner Twin Turbo was an instant hit with many of the team who engineered the original supercar. The essentials have remained the same for the Camilo Edition, but this special edition features an all new, Camilo-designed billet aluminum intake.

The project was a true collaborative effort by leaders in their respective fields. The car was sold only moments after it was revealed at the Ford GT National Rally III to a GT owner that decided, though he already had 4, he absolutely had to have it. At this time, Camilo and Heffner are looking forward to the chance at collaborating on another successul and exciting project. 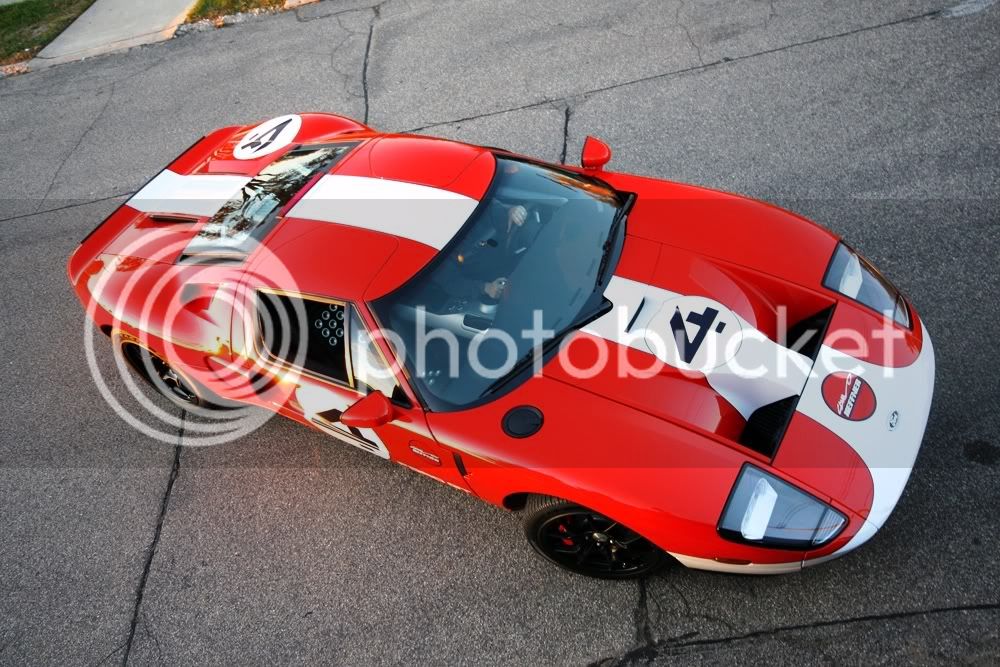 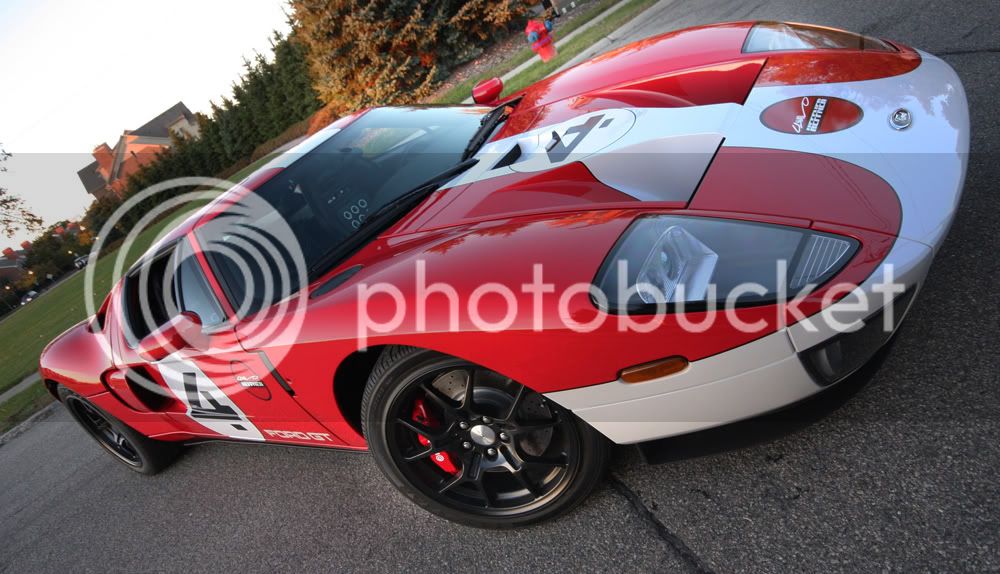 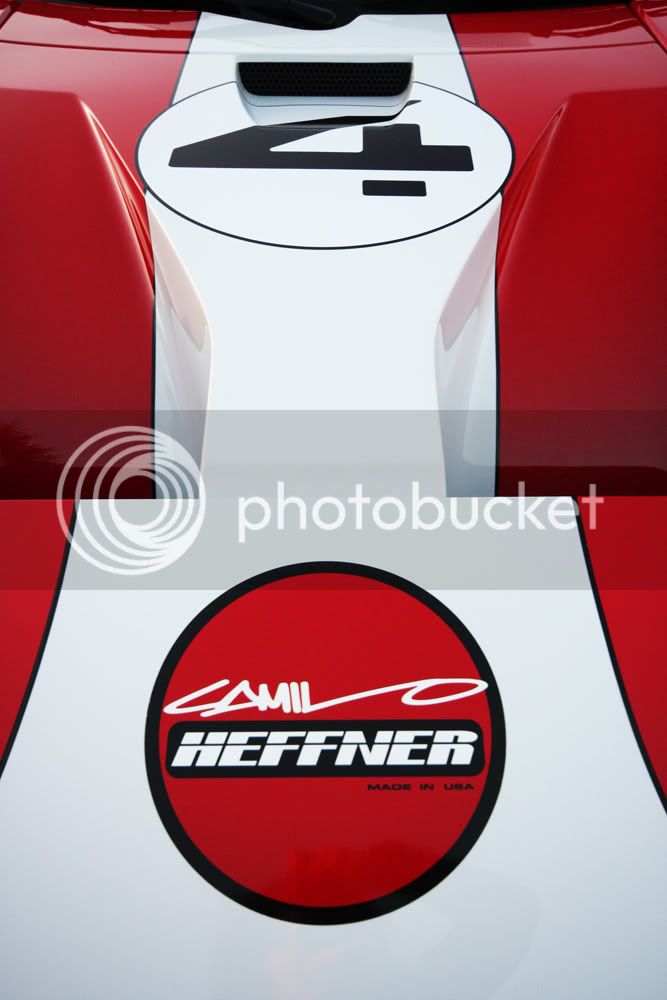 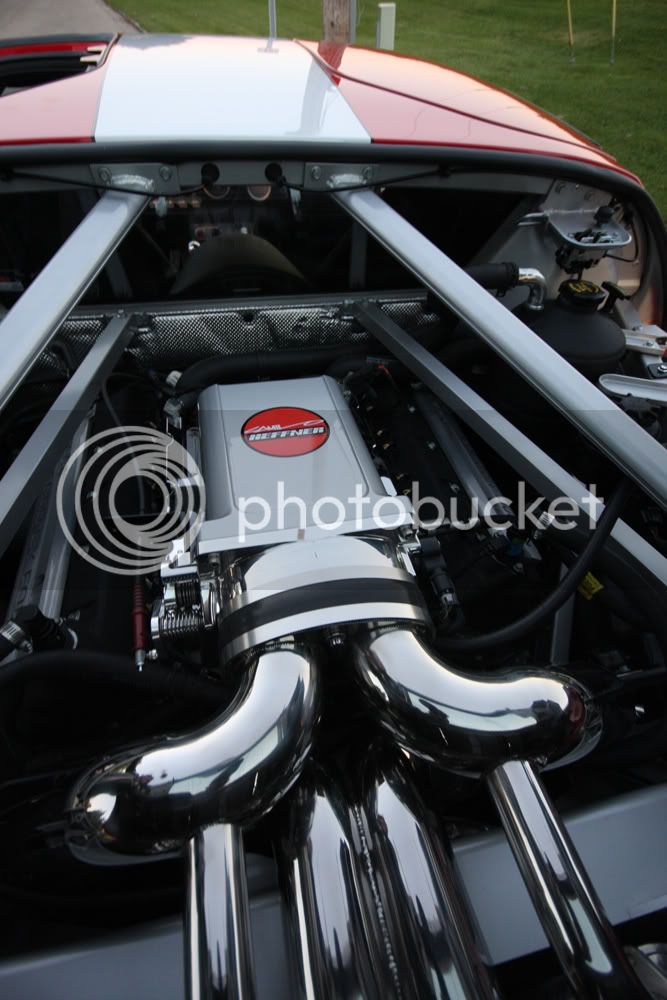 I really want to thank Dave Bannister and the rest of the Ford GT community for your friendship and for your support over the past years. Needless to say, the GT community is unlike any other that I have encountered and it is truly an honor to be a part of it.

stock muffler, cut and new tips grafted on to accomodate the CDC kit?

Also what do these look like? "Lasercut door trim rings from OEM supplier Quality Metalcraft "

looks even better in person!

soroush said:
looks even better in person!
Click to expand...

Yeah I should have been more patient to post, the last crop of pix went up afer my reply...... See that now. Sorry.