If I read between the lines, it sounds like a destroked 7.3 Godzilla engine for Mustangs and F150s. 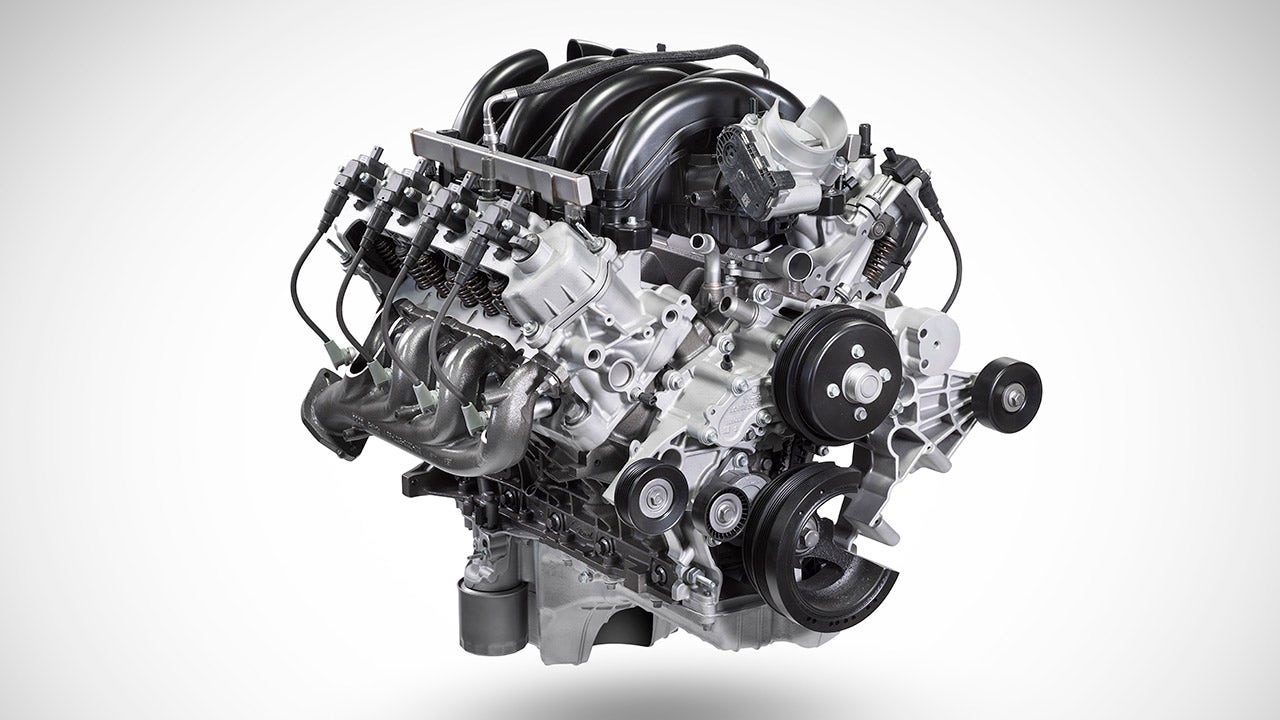 Are the Ford Mustang and F-150 getting a new monster V8?

Canadian labor union Unifor has revealed plans for a new Ford V8 to be built at the Windsor Engine Plant. The engine is reportedly destined for both the F-150 pickup and Mustang.

I’m starting to shop for a pickup truck. From what I’ve seen at the local Ford dealer, I think I prefer the 5.0 V-8 over the Ecoboost V-6. The V-6 pits up more torque and HP, but is only rated 1 MPG better than the v-8. Not worth the additional cost and complexity from my perspective. Either that, or I’ll go with the small diesel.
Reactions: viva gt

For the truck, Ram

There is a reason Ford Outsells Dodge 5 to 1.
.
Reactions: Cobrar and scode

Love my diesel F250. Hauls my race trailer like nothing is back there.
Reactions: scode

I have a diesel F150 and absolutely love it

Roketman, tell me more. Why did you choose the small diesel, how well does it tow, and what kind of real world fuel consumption do you get? TIA

Will Ford do something similar? 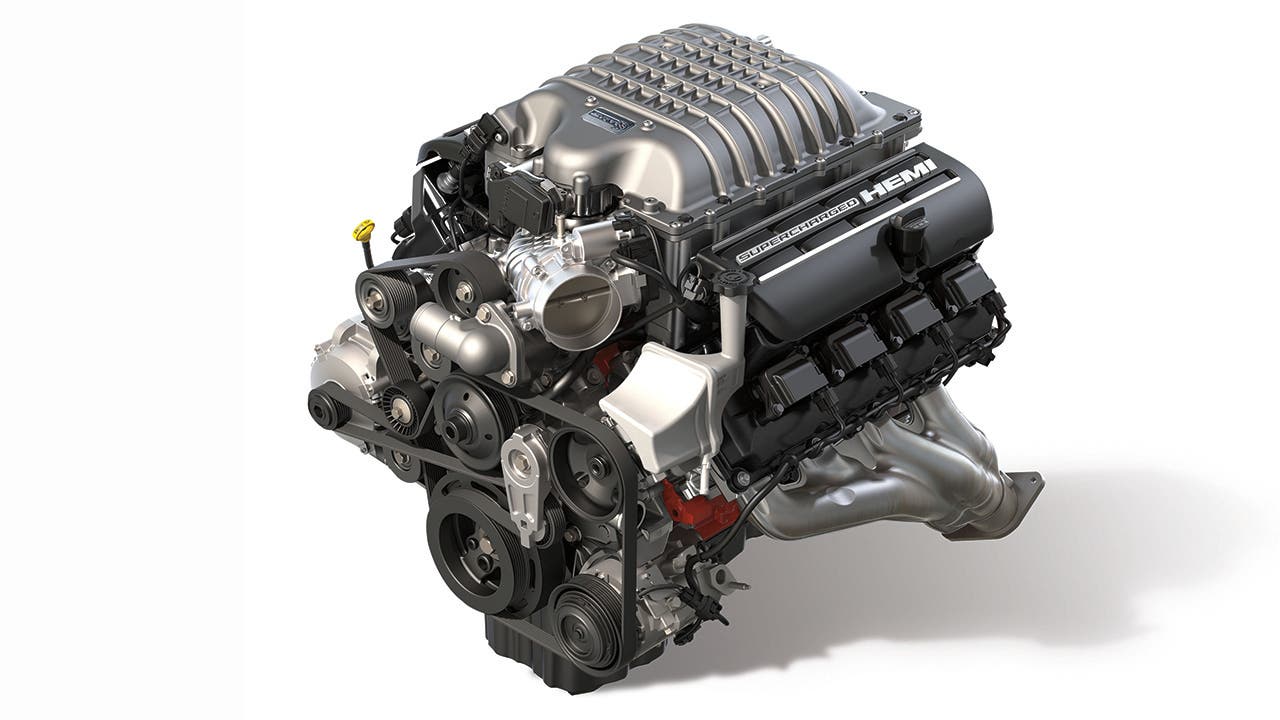 The Mopar Hellcat Redeye crate engine delivers 807 hp to custom car builders. The supercharged engine is designed for use in pre-1976 cars and trucks

2112 said:
Will Ford do something similar?
Click to expand... 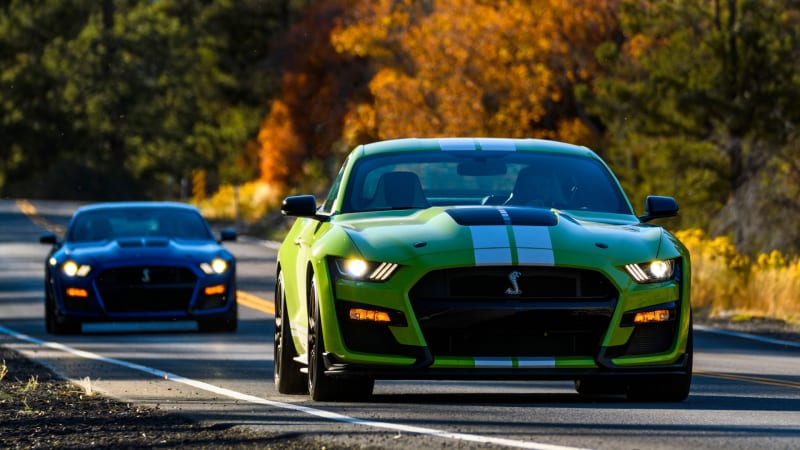 Ford confirms the 5.2-liter Predator V8 that powers the Mustang GT500 will be offered as a crate engine. It makes 760 horsepower off the assembly line.

Interesting that news dropped today. Regardless, it's welcome news.
.

2112 said:
Interesting that news dropped today. Regardless, it's welcome news.
.
Click to expand...

finally a decent power plant for my fox body
Reactions: 2112 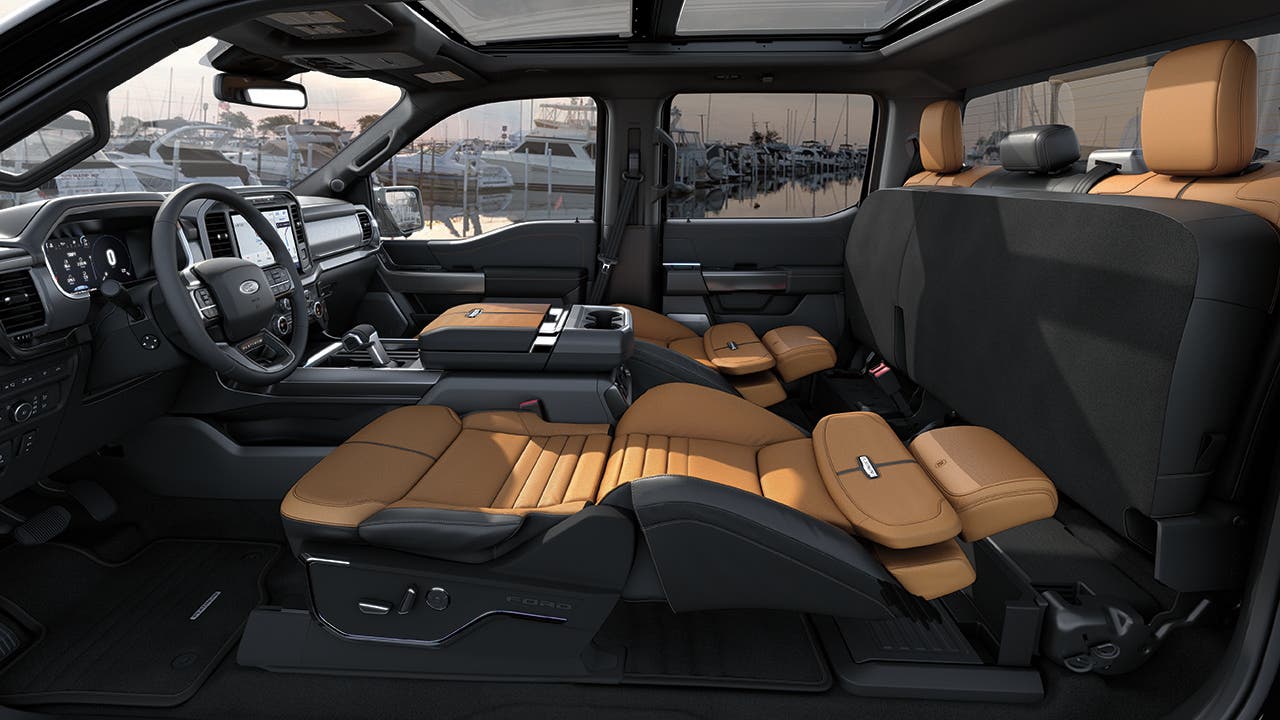 Ford has released new images and information regarding the unique Max Recline front seat it’s introducing in the 2021 F-150, which converts into a nearly flat surface. 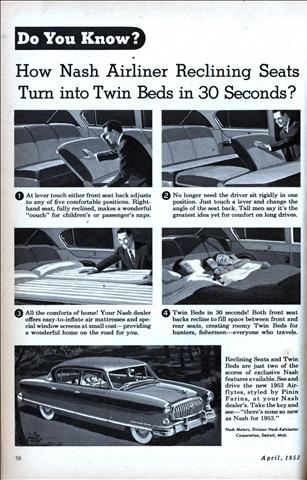 1. At lever touch either front seat back adjusts to any of five comfortable positions. Right-hand seat, fully reclined, makes a wonderful "couch" for children's or passenger's naps. 2. No longer need the driver sit rigidly in one position. Just touch a lever and change the angle of the seat...
blog.modernmechanix.com
Reactions: Sinovac

When I first got my GT I wanted to sleep in it! but couldn't recline the seats. Has anybody looked into removing the supercharger and pushing the firewall back?

extrap said:
When I first got my GT I wanted to sleep in it! but couldn't recline the seats. Has anybody looked into removing the supercharger and pushing the firewall back?
Click to expand...

You just have to be small enough, then you will fit perfectly
BTW, credit for these adorable twins goes to "Fracman" he posted back in 2013.
Last edited: Nov 18, 2020
Reactions: digman1, THamonGT, Cadster and 1 other person

Another neat option in the 2021 F150: An on board 120/240 7.2KW generator. Other vehicles have 120V outlets, but not anywhere near 7.2KW and not 240v. AS I understand it, this is an extra high amp alternator with high power inverter so it runs off the truck’s engine. I’ll bet this is one of those features that, once you get used to using it and find things to use it for, you’ll wonder why you didnt have it before. You won’t need a separate generator for an RV trailer, for camping, going off the grid, or just having electricity at the far corner of your yard where the extension cord won’t reach.

In my situation, living up on the side of a mountain, I could even use it as a back up generator for my house.

I plan to order a new F150 with 3.0 diesel, the flat-recline seats, the 7.2KW power outlets. That will probably push me into the King Ranch or Platinum trim level, but hey, I don’t buy new vehicles very often, so I might as well get what I want.
Reactions: Nafod and 2112

PeteK said:
I’m starting to shop for a pickup truck. From what I’ve seen at the local Ford dealer, I think I prefer the 5.0 V-8 over the Ecoboost V-6. The V-6 pits up more torque and HP, but is only rated 1 MPG better than the v-8. Not worth the additional cost and complexity from my perspective. Either that, or I’ll go with the small diesel.
Click to expand...

When I bought my F-150 I drove the Ecoboost V-6 and the 5.0 V-8. I chose the 5.0 because of simplicity, sound, and feel. I've towed my boat and GT trailer all over hell and back and the 5.0 did a great job but for strictly towing the V-6 would have been better. 75% of my truck driving is without a trailer and I think the 5.0 is a better choice there. If I bought another new F-150 today I'd choose the V-8 again.

Chip, thanks for the feedback. I’ve pretty much decided on the diesel for several reasons, but mostly because I just like diesels.

However here’s a story about the inherent toughness of big V-8’s: last year, with my Avalanche (5.3 V-8), I pulled a car trailer cross country with a car on it and a full load of other garage stuff in the car and in the truck. As I was heading over the Appalachians in western Maryland, the truck started misfiring, the red flashing lights came on in the instrument panel, etc. I immediately pulled over to see what was going on under the hood. I didn’t see anything obviously wrong, and the oil level was in the normal range on the dipstick. So I looked under the truck for leaking fluids or other visible problems but didn’t see anything. I then restarted it. Engine was still misfiring on one or two cylinders with significant vibration. I continued on to Cumberland and stopped at an Autozone to borrow their code reader, which showed random misfires on cylinder #6. Counter guy said that commonly means clogged injector, so I bought a bottle of cleaner and dumped it on the tank. After another 200 miles, no improvement. I stopped again to buy spark plugs, then hit a motel. The following morning it was raining, so I figured I’d keep driving until I got out from under the rain, then changed them. #6 plug was oily and obviously not firing.

Well, that indicated a bigger problem than I wuz gonna be able to fix in the motel parking lot, and I was thinking a burned valve, jammed valve lifter, etc. But what the heck, I’d already covered 600 miles since the misfiring started, so I figured if the engine hadn’t quit by now, it would probably keep going to the west coast. And it did.

So I got all the way across the continent on 7 cylinders, loaded and towing a trailer, and holding 70-75MPH, except in the steeper grades where I had to get in the right hand lane with the 18-wheelers. Some of the sections on I-80 in Wyoming I could only hold 45MPH uphill, but that V-8 kept on Truckin’! When I got to WA I discovered I had a burned exhaust valve.