The full-time lineups for all four Ford GTs are now set, and racing begins in just over 3 weeks at the Rolex 24 at Daytona.  The FIA WEC season kicks off in April at Silverstone.

Check out the full Ford press release and gallery from Chip Ganassi Racing below. 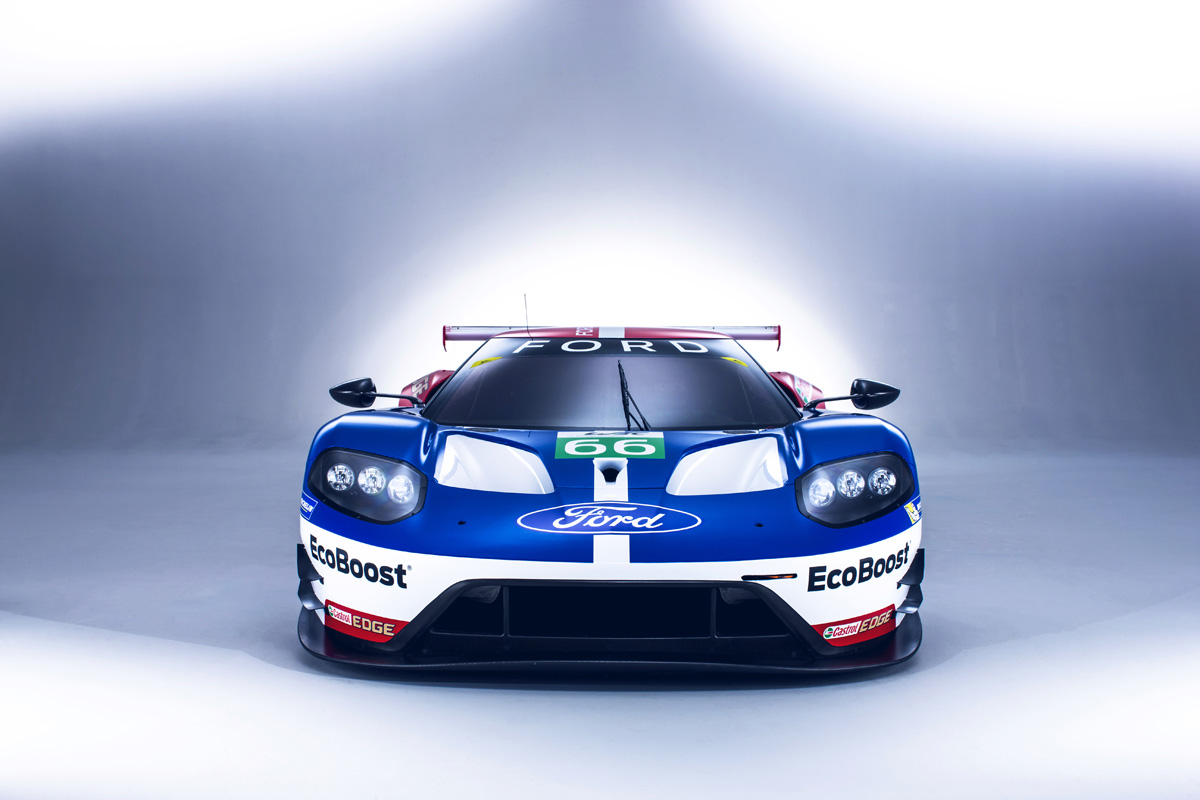 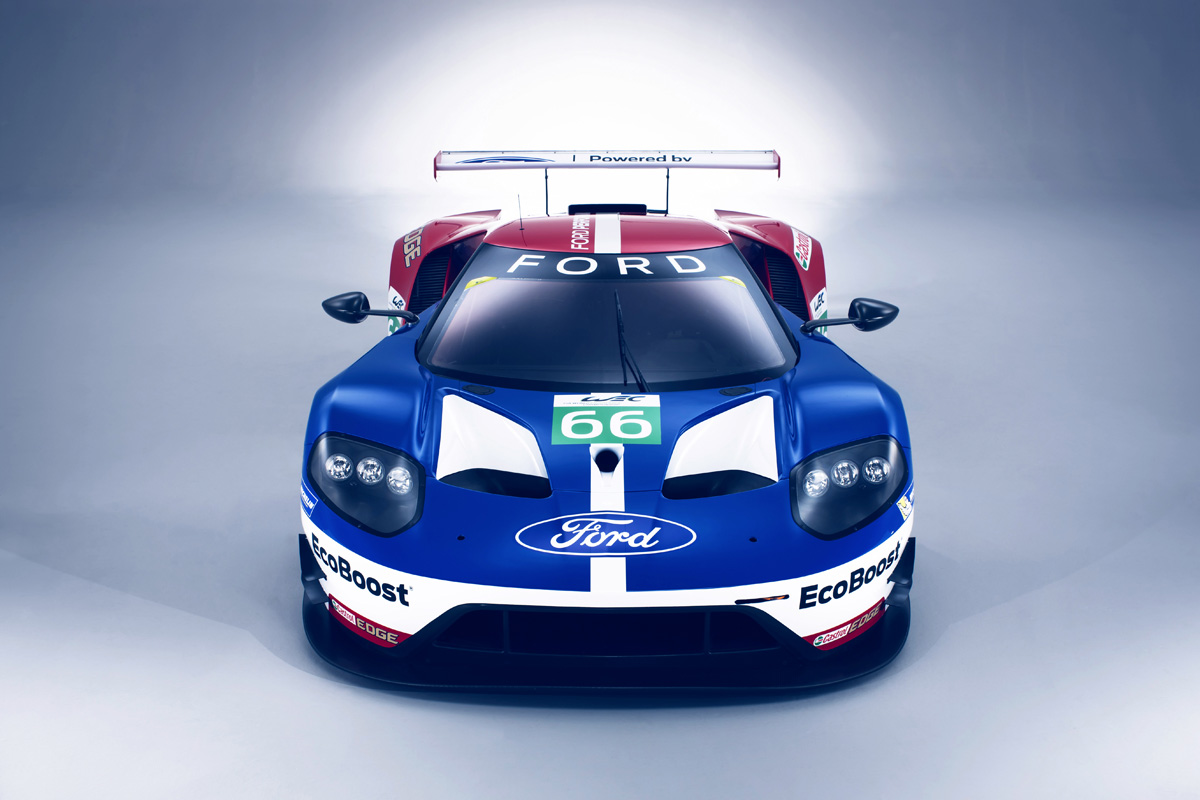 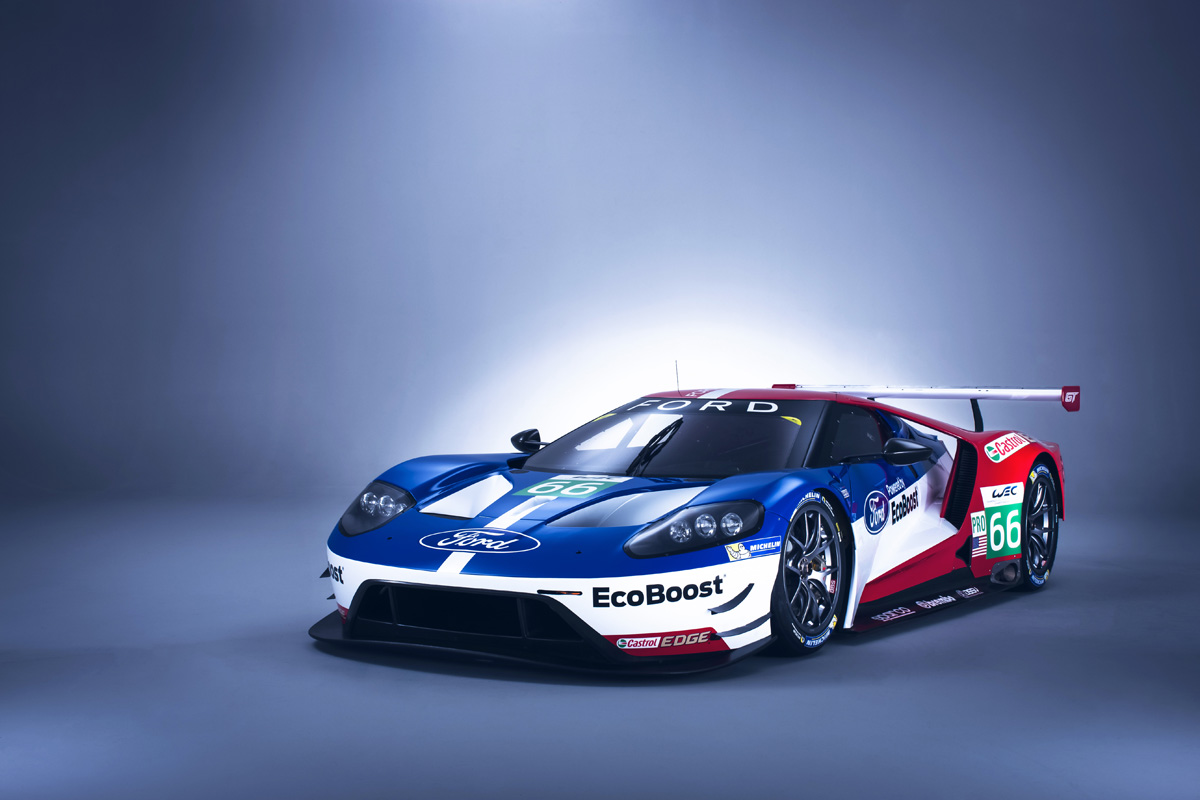 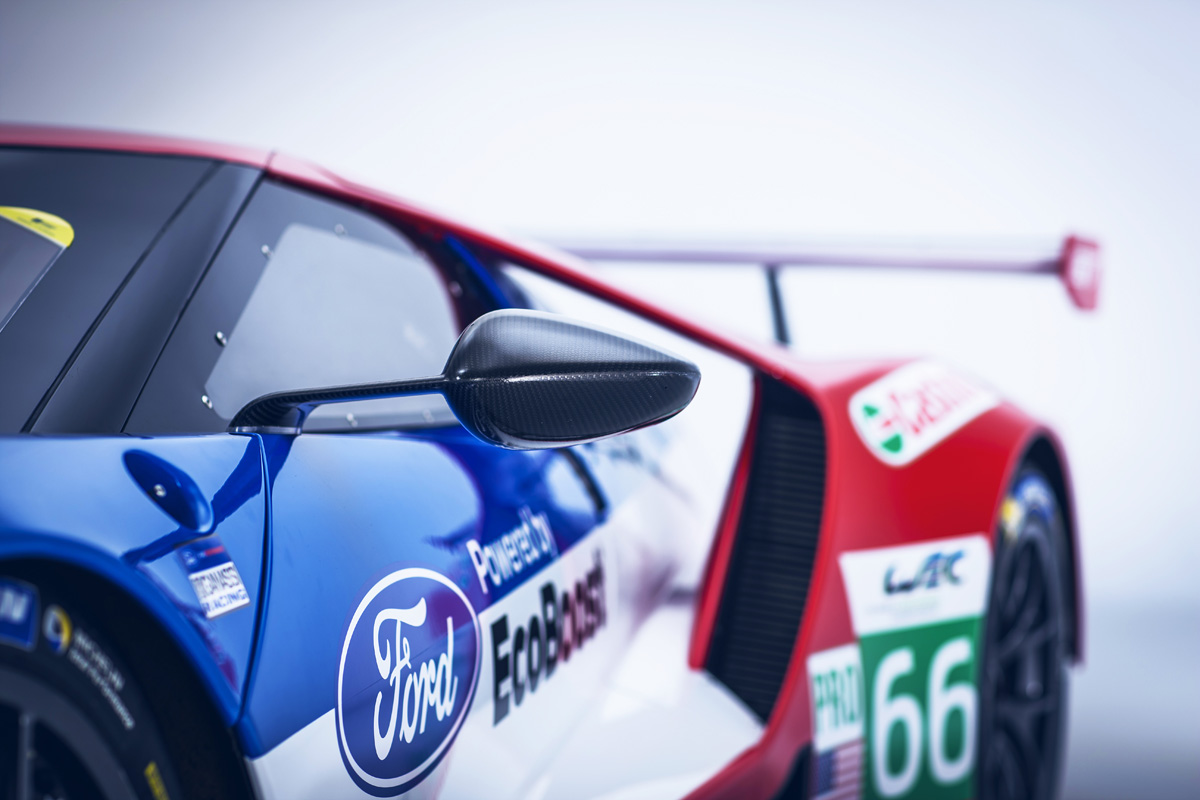 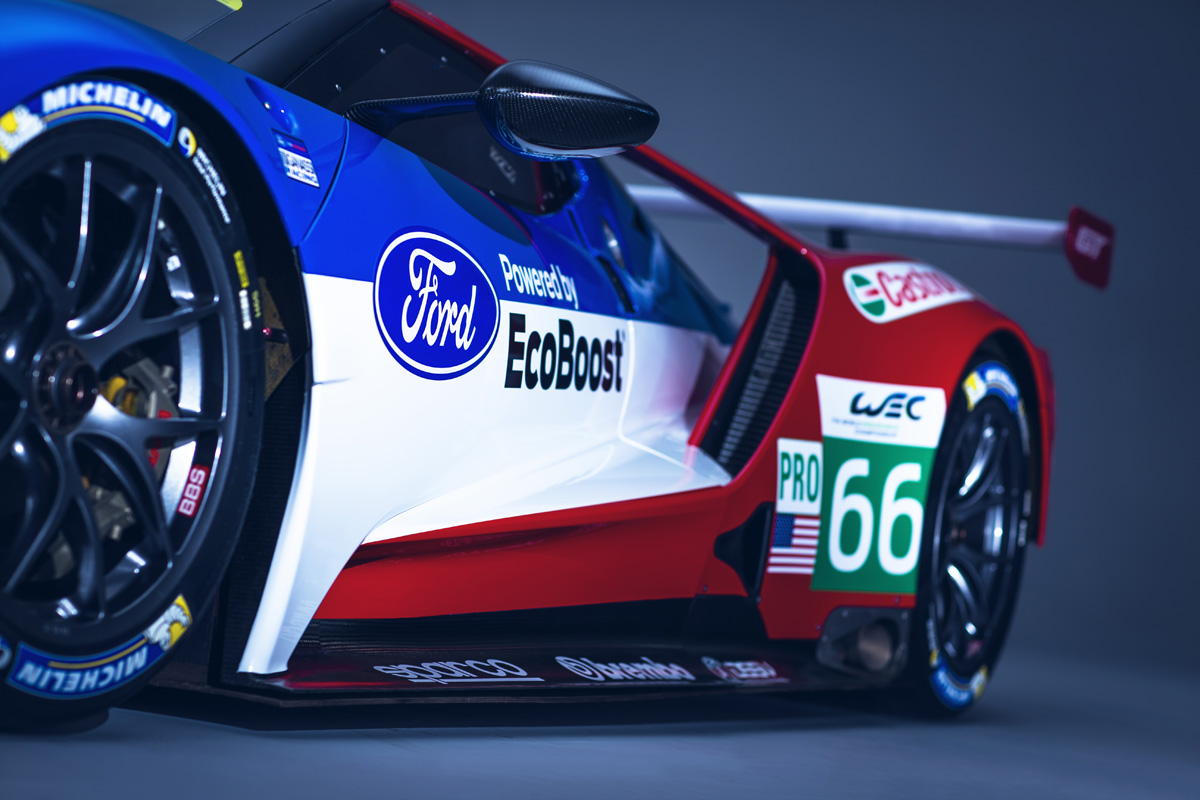 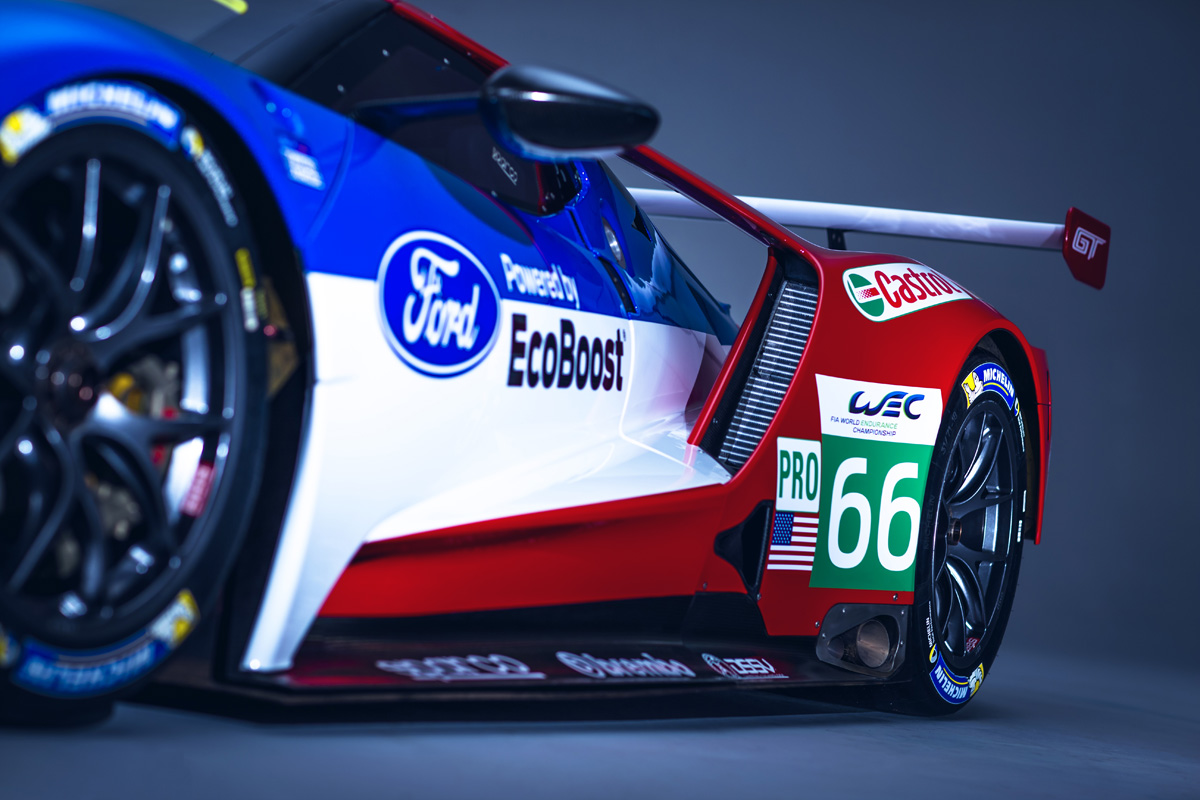 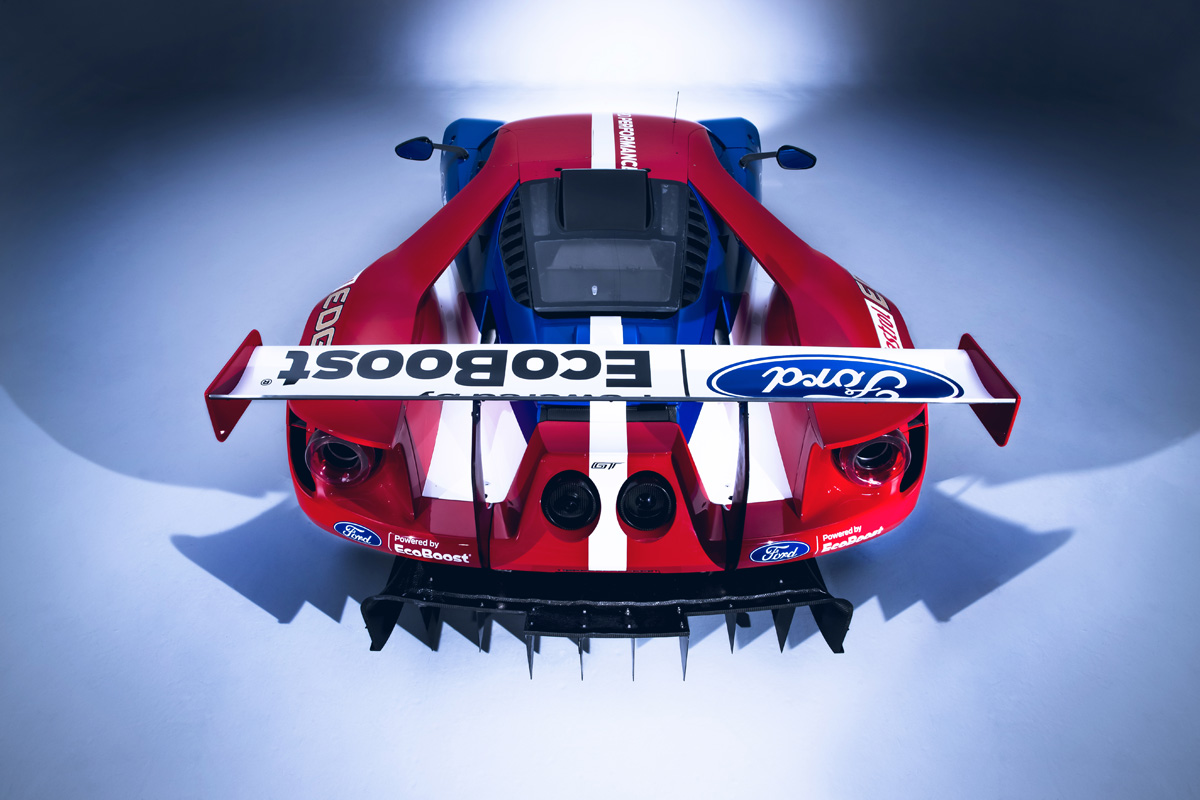 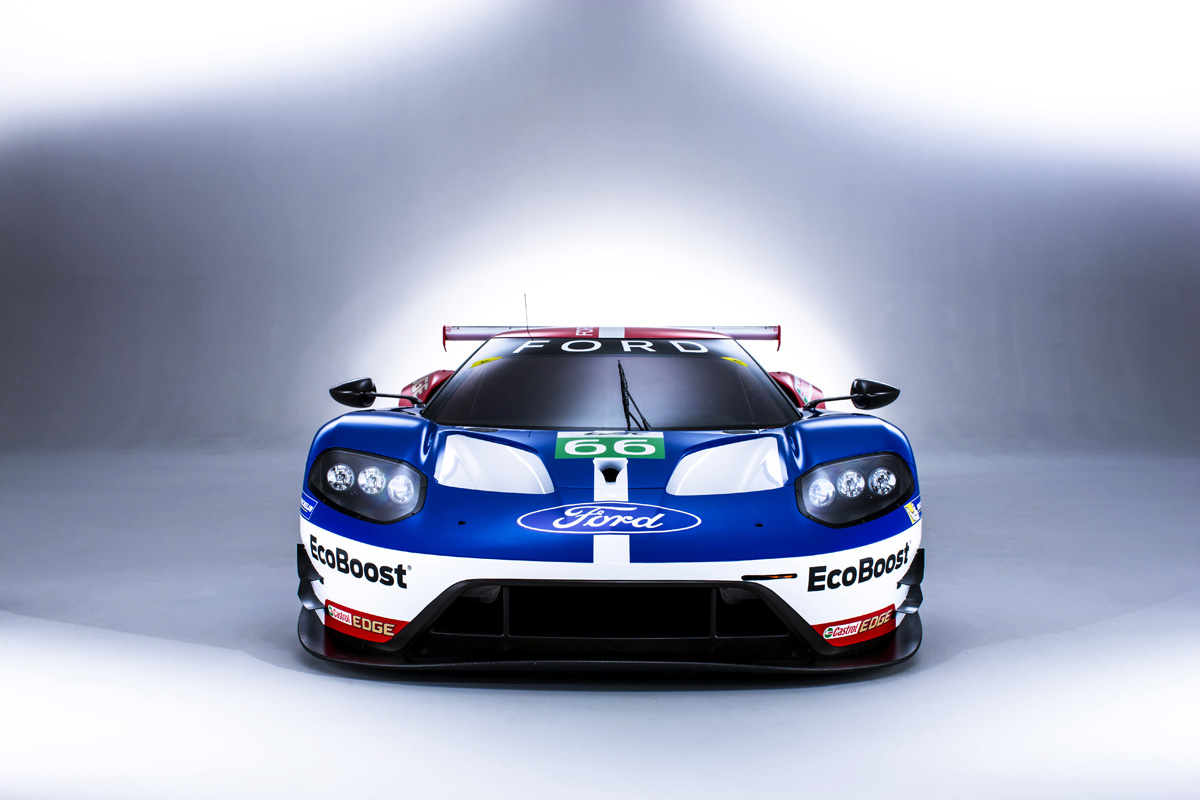 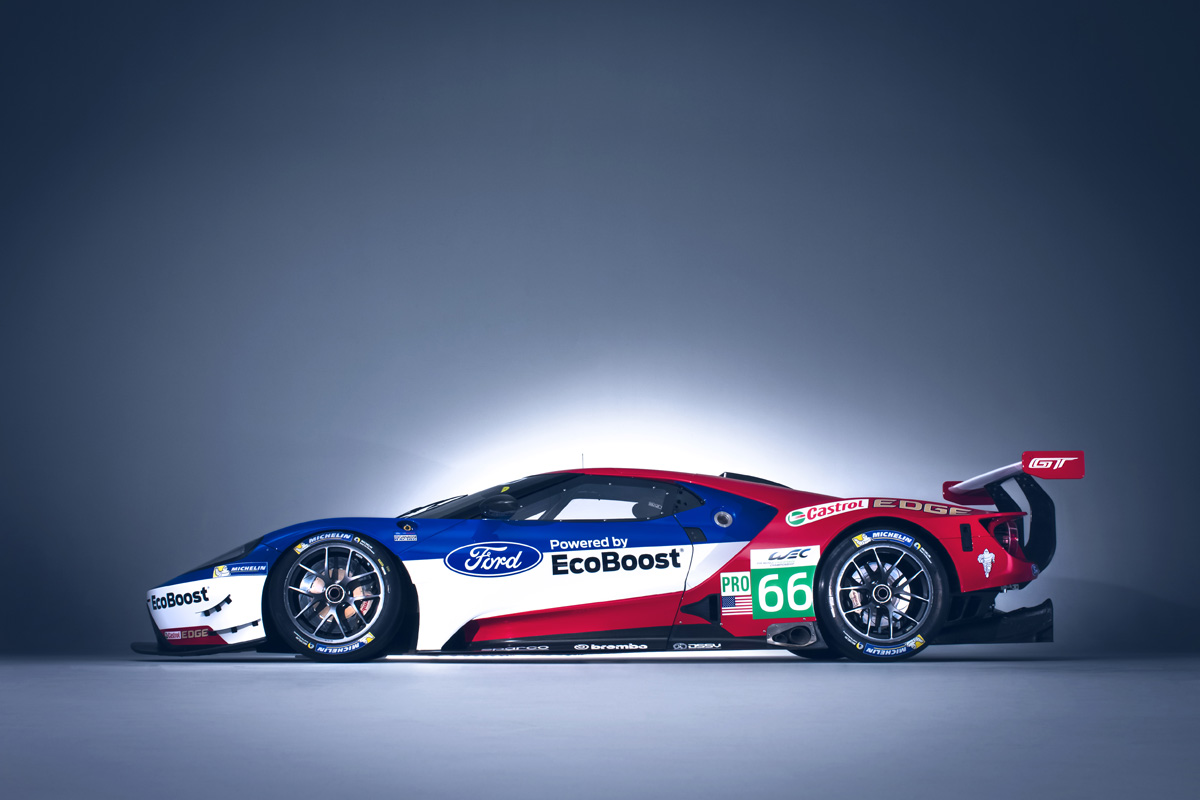 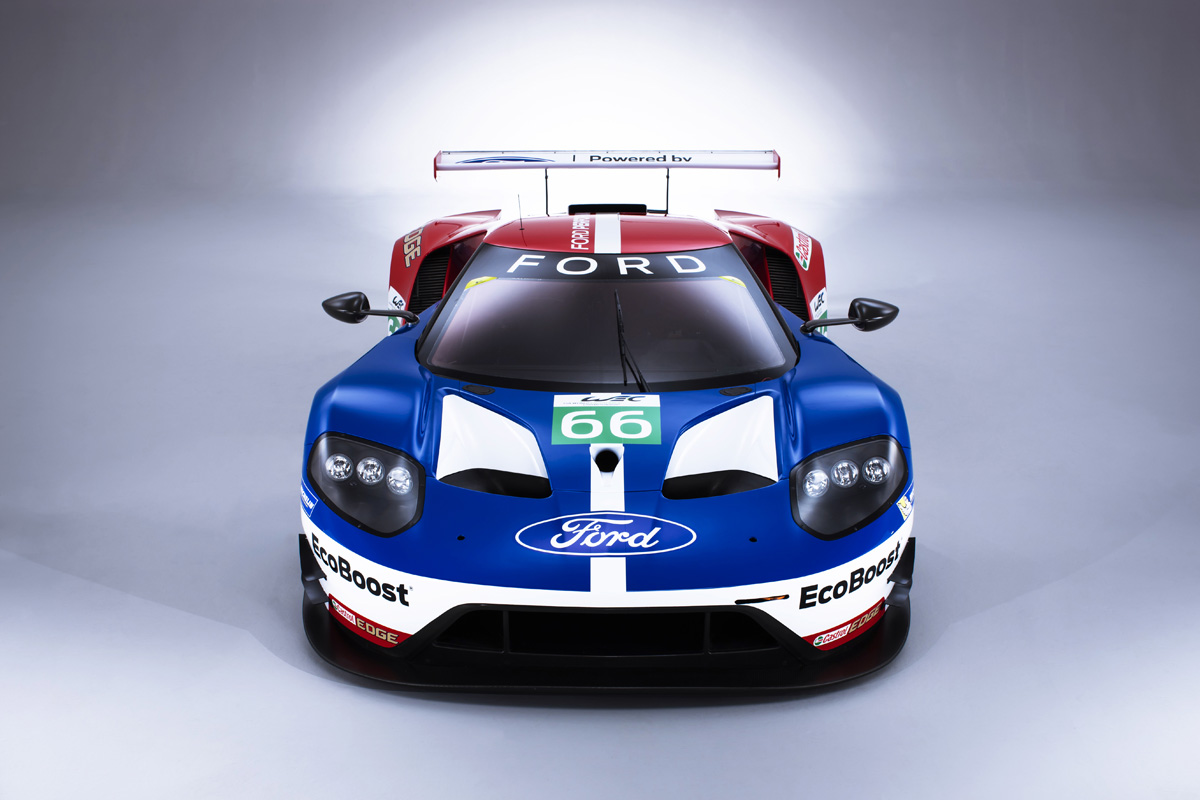 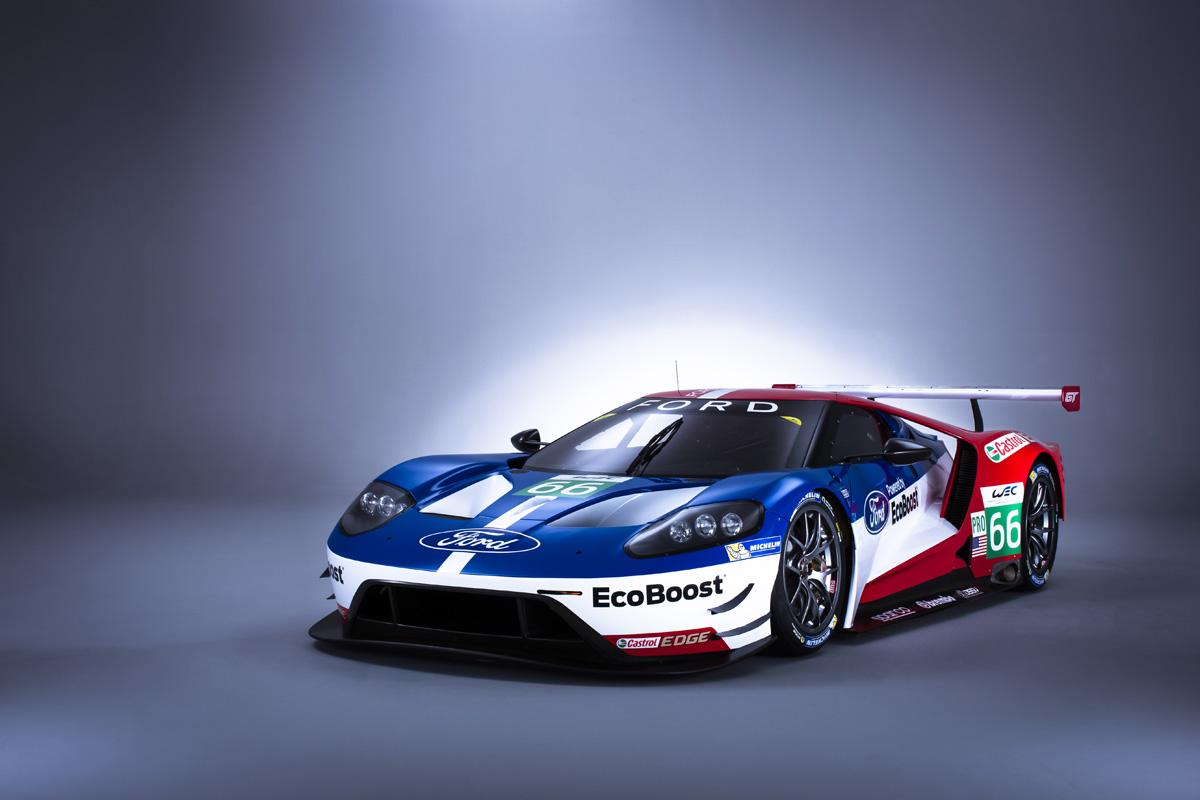 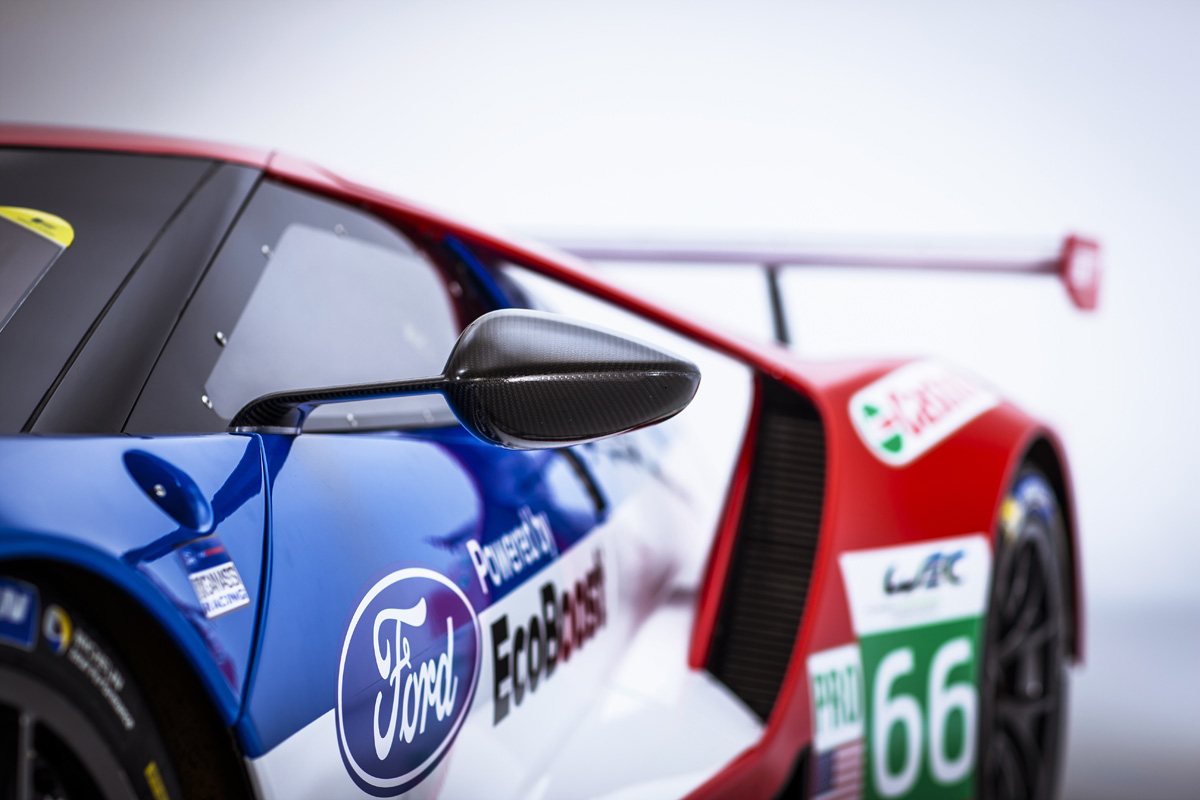 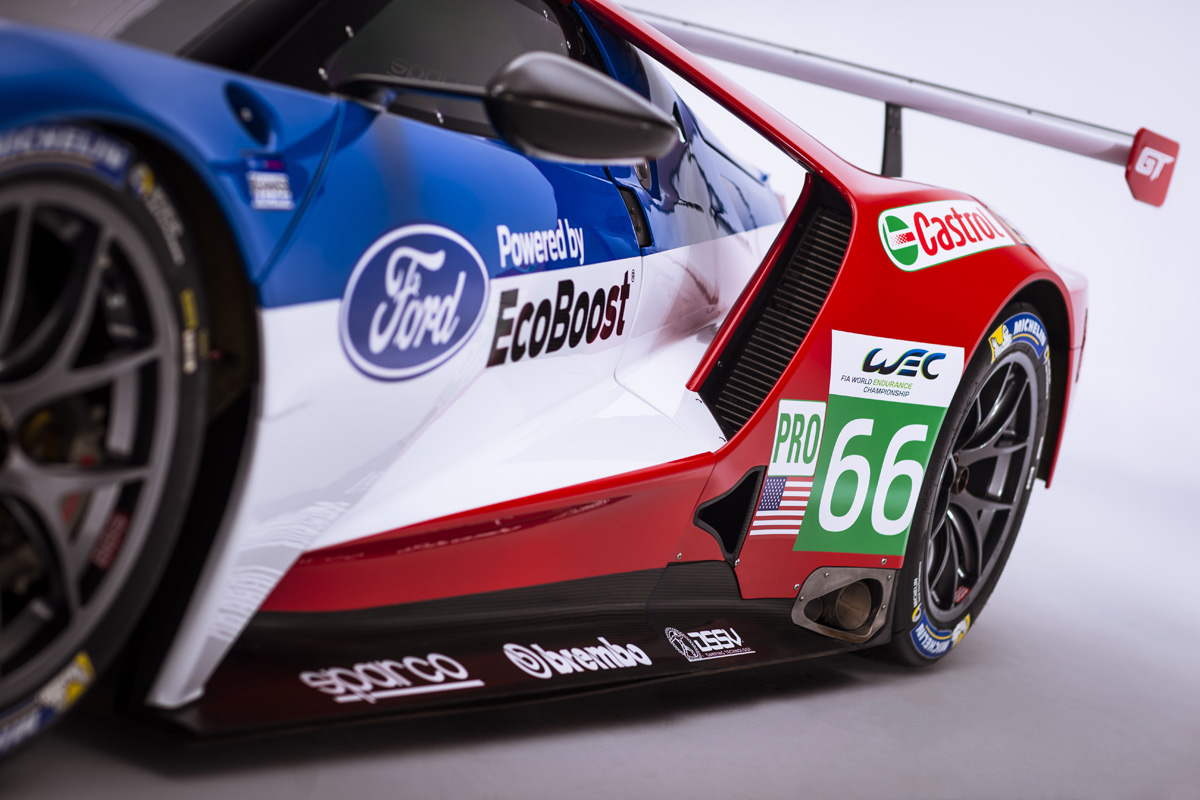 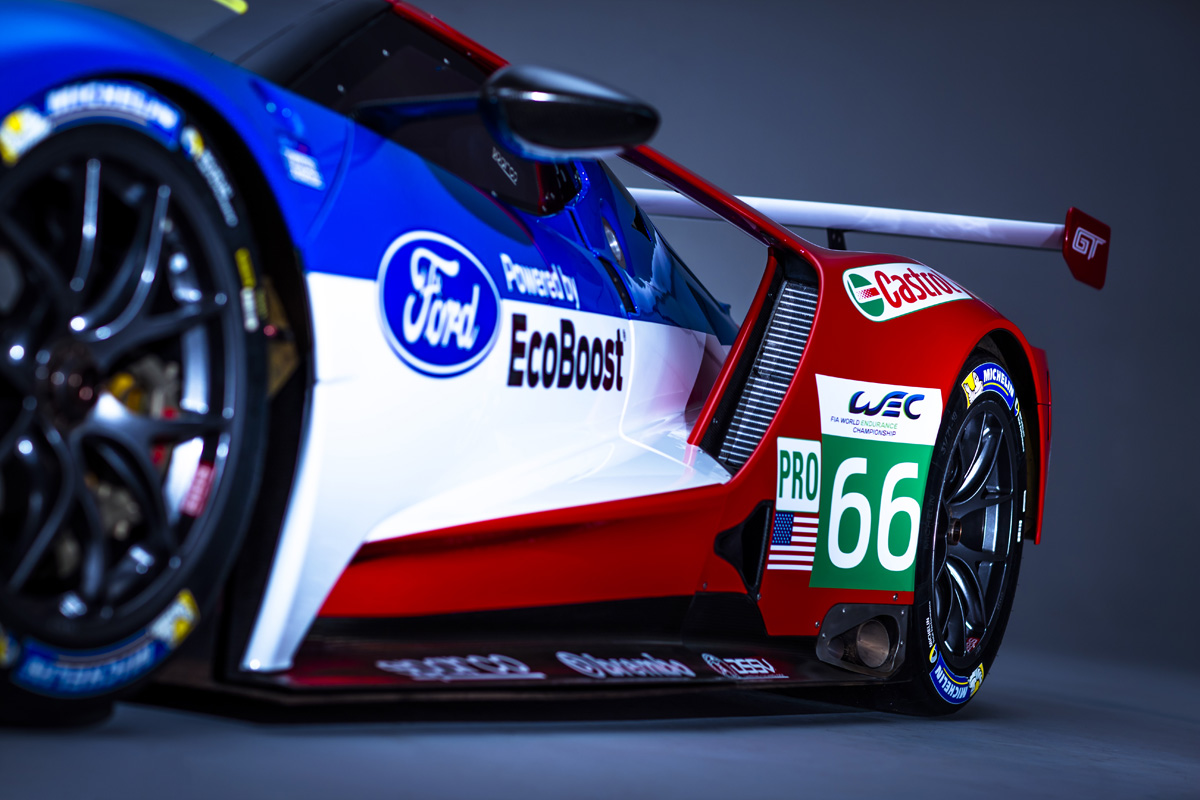 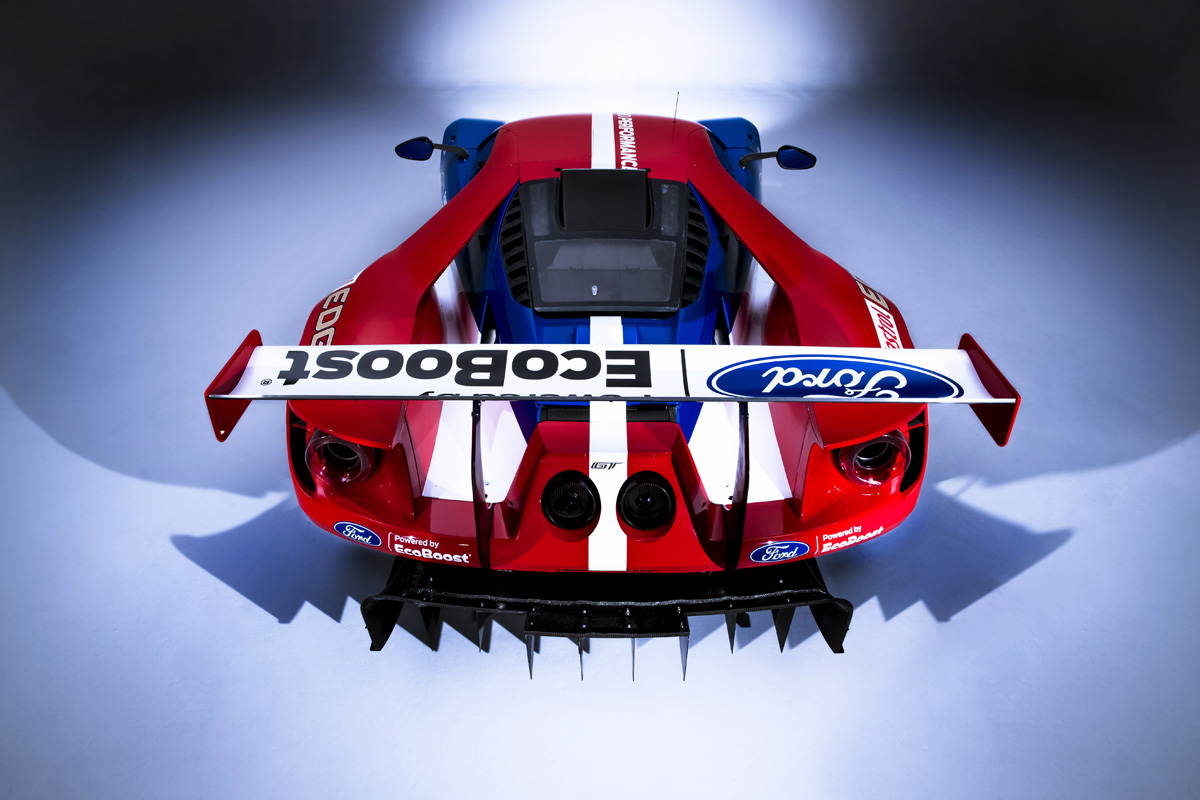 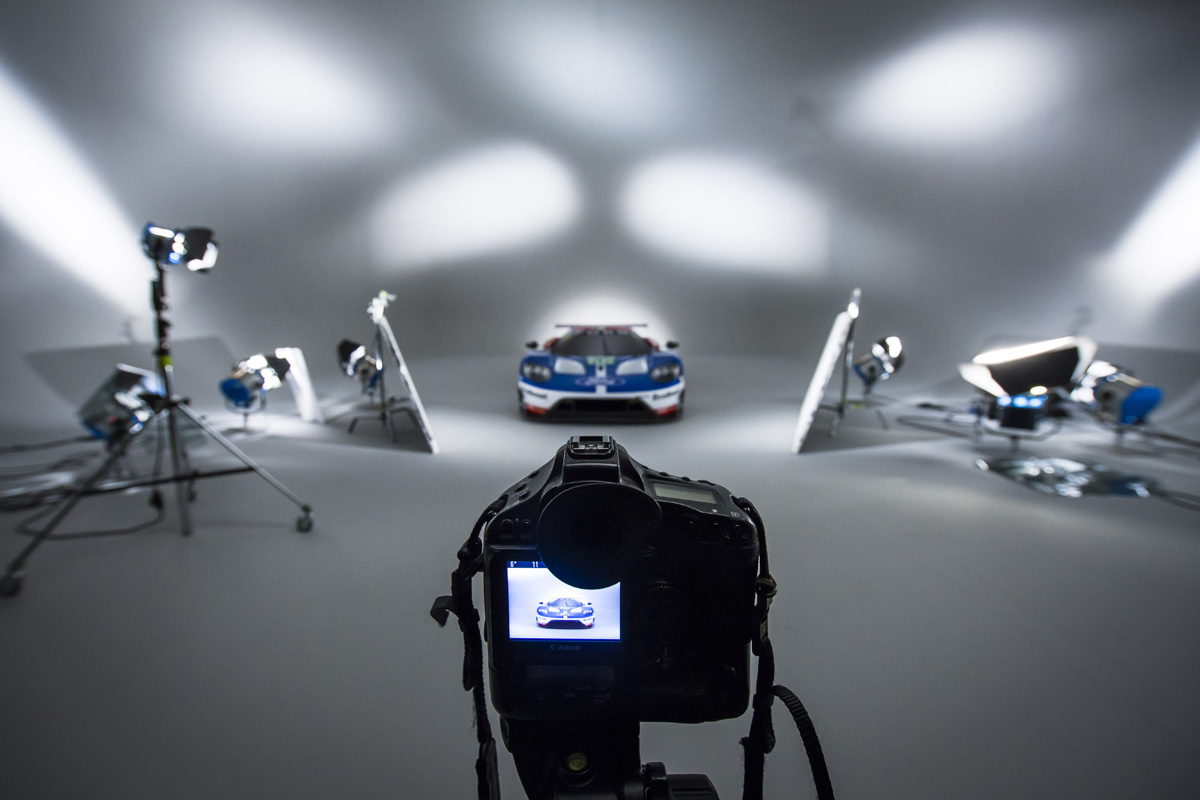 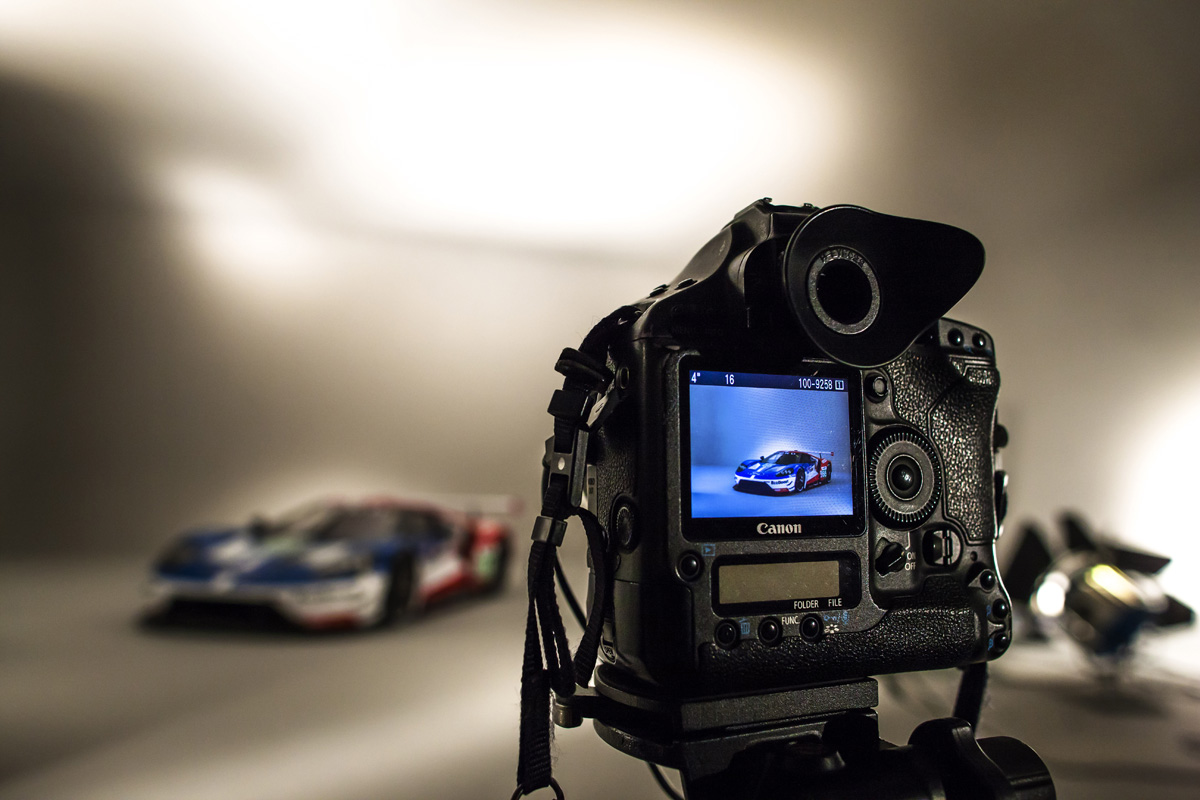 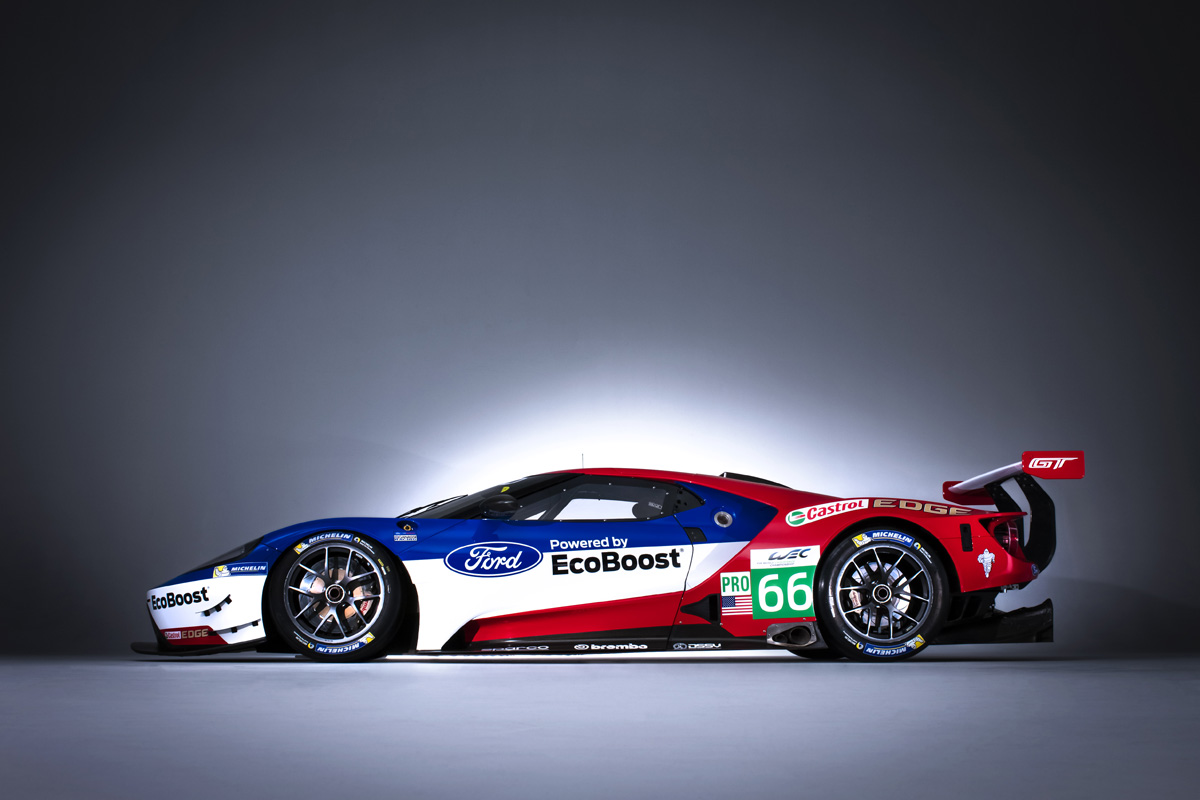 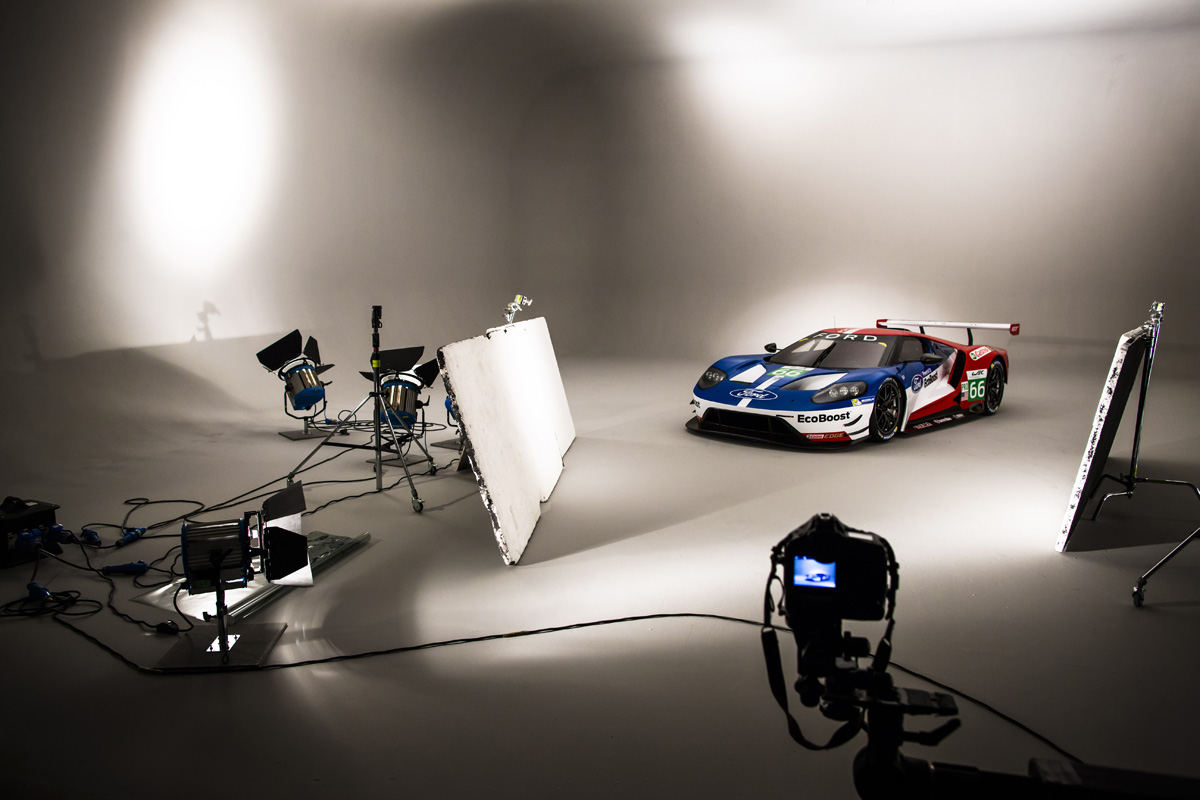 
Ford Chip Ganassi Racing today revealed that Marino Franchitti, Stefan Mücke, Olivier Pla and Andy Priaulx have been selected to race in the 2016 FIA World Endurance Championship (WEC) at the wheel of the all-new Ford GT.

Ford is running two cars in the FIA World Endurance Championship and two in the IMSA WeatherTech SportsCar Championship. The intention is for the two teams to come together in June for a four-car effort at arguably the most famous endurance race in the world, the Le Mans 24 Hours, fifty years after its historic 1-2-3 finish. The FIA WEC will visit a further three locations in Europe, Silverstone (UK), Nurburgring (Germany) and Spa (Belgium).

“Make no mistake, we are racing to win,” said Dave Pericak, Ford Performance global director. “To compete at this level you need the best car, the best team and the best drivers, and we have selected Stefan, Olivier, Andy and Marino to drive the Ford GT to take on the best in the world.”

“I’m excited to be at team HQ in the UK to launch the WEC team,” said Chip Ganassi, owner of Ford Chip Ganassi Racing. “Just like when we announced the Ford GT drivers for the Weathertech Sportscar Championship last month, we’ve again chosen drivers with heart, speed and proven endurance racing credentials. It’s a global team running in two championships and I can’t wait for the racing to begin.”

Briton Marino Franchitti is an endurance-specialist and has raced at Le Mans no less than five times. Stefan Mücke, from Germany, has multiple WEC victories under his belt and knows what it takes to make it onto the podium at Le Mans. Frenchman, Olivier Pla, also has first-hand experience of the fierce competition in WEC. Briton Andy Priaulx is a three-time FIA World Touring Car Champion who has also won one of the world’s toughest endurance races — the Nürburgring 24 Hours — and stood on the podium at Le Mans.

“It doesn’t get any more competitive than the Le Mans 24 Hours but that is what makes winning it so special,” said Howard-Chappell. “Everything has to be perfect and even then you still need luck on your side to cross the line first. The Ford GT has been built to return to Le Mans and these four drivers all know what it takes to compete against the toughest competition in the world.”

The all-new Ford GT is the pinnacle of Ford innovation in aerodynamics and lightweight carbon fibre construction. It is powered by a new twin-turbo Ford EcoBoost V6 engine, the most powerful EcoBoost production engine ever.

Marino Franchitti is part of a family where performance is hard-wired into their DNA. He won the 12 Hours of Sebring with Chip Ganassi Racing-Ford in 2014 — Ford’s first overall win there since 1969.

“From my first test in the Ford GT I fell in love with it and just wanted to drive it more and more. It’s incredible to be part of Ford’s return to international GT racing and to go to Le Mans 50 years after Ford’s first win there will be extremely special.” Franchitti said. “The car feels great to drive; the new LM GTE rules certainly move the performance of a GT car to new levels and Ford and their partners have built a fantastic car.”

Stefan Mücke is a proven race winner. The German has competed in the GTE Pro class of WEC since the series’ formation in 2012, and knows the World Endurance Championship inside and out.

“I’m very excited to be part of such a great programme, especially with the history that the Ford GT has at Le Mans,” Mücke said. “Le Mans is a very special race for every driver. It is the one that we all want to win because it is such a difficult thing to do. I have come close in the past and now I hope that with Ford we can go all the way.”

Olivier Pla is one of sportscar racing’s best-kept secrets. The quiet Frenchman is known for his incredible car control and knows what it takes to win at the highest level.

“It’s a huge honour for me to represent Ford — the Ford GT is a very special car and it is a privilege for me to drive it. The level of competition is going to be incredibly high in WEC and I can’t wait to race. Personally as a Frenchman, lining up at Le Mans as a Ford GT driver will be something very special.”

Andy Priaulx is a triple World Touring Car Champion who has won the Nürburgring 24 Hours, the Sebring 12 Hours, and stood on the podium at Le Mans.

“A new project is always exciting but for me to be driving for Ford in the WEC is just on another level,” Priaulx said. “I can’t wait to get behind the wheel of the car and start the preparations for the season. Any motorsport fan will remember the iconic Ford GT40 cars of the past, and for me to be part of this programme 50 years after Ford’s historic win at Le Mans is such a privilege.