Wwabbit said:
That was a great pioneering accomplishment. How about some more pictures from the day,,,, please...
Click to expand...

Anything, or period, in particular?
The reason I ask, is that I have been blessed with a lot of different rides!

I built and raced:

FourFather said:
Does it seem to you that twenty seven years have gone by since then?
Click to expand...

I agree, time sure flies. I remember reading about the 4.990 pass and was simply amazed by the accomplishment. You were always one of my favorite drivers!
As for the NHRA, they have lots of problems and it remains to be seen as to whether they can figure it out. It seems like the Pro Stock class is dying a slow death which is too bad.
R

I built and raced:

Would love to see pictures of these boats!

Some more of my unblown fuel hydro, by taking pictures of old photographs in my scrapbook-

This picture is so HOTTTTT, Eddie!! YOu must have had some very tall gears in your Casale!

Great graphics on the picklefork!!

Love those pics Ralphie .... just you, 500 hp and an oversize waterski :biggrin

Being non US I´ve never gotten to follow sports like drag racing up close like others, so I had to Google on the background .... WOW what an impressive career in racing all kinds of go fast Machinery :thumbsup:thumbsup

Please share more race stories and pictures. How did you end up boat racing?

For those that hasn´t seen the Wiki page - http://en.wikipedia.org/wiki/Eddie_Hill

I appreciate your kind words and will be happy to share some of the fun memories.

How I ended up boat racing is not a question that I think I can answer briefly, but I will have a go at it, after church.

We go to a little country Cowboy Church that is a 60 mile round trip for us, and we usually have lunch with our church friends before starting back, so we're away from computers till around 3 or so. Incidentally, that is how I have accumulated almost all the 4,000 + miles on my Heritage. "Just rarely driven, by an old man and his wife to Church, never over the posted speed limit, and only on pretty Sundays" sounds like a used car salesman's pitch- but actually almost literally true in this case.

And it may take a while to find some of those old pictures and convert them to a form we can use on here, may not make it today, but don't give up on me-

In answer to Anders question about how we got started boat racing:

By the mid-sixties I was a Stage IV nitrohaulic. Considered irreversible and incurable. This was in the days of the front motor dragsters, and we used iron 392 c.i. Chrysler hemi's we were able to obtain from wrecking yards for about $35-50. We used the stock Chrysler block, cylinder heads, intake valves, and other stock parts. The blocks, unfortunately, would split lengthwise top to bottom on about the 30th run, and this generally led to engine fires that blew right back on us, since we were sitting right behind them. I finally got burned badly enough (this was before firesuits and proper safety equipment) that I vowed never to sit behind one of those fuel-burning engine bombs again.

So I was in remission for several years while I raced motorcycles, until I watched a pair of blown fuel hydros run at the Aqua Festival at Austin, Texas. The first boat race I saw was where one of the hydros crashed into pieces high in the air with the driver also high in the air among the debris with his personal parachute open. I thought at the time that those guys had to be crazy to do that, but it looked like an unblown gas hydro would still be a lot of fun and perfectly safe.

About 28 days later I had my own unblown gas Kindsvater hydro with a 494 c.i. Reynolds aluminum alloy Can Am engine in it. I won my first race, and it was about three races later that I set the national record. I then thought an unblown fueler would be faster but still safe; so I built an iron 496 Chevy, port-injected, on 98% nitro, and it became the world's quickest and fastest unblown fueler. It ran 170 mph NDBA record in the quarter at Lake Ming in 1977, the last time I ran it.

The next logical move was blown fuel hydro, and we were blessed with incredible success with them, having official records in all four sanctioning associations and the overall world e.t. for drag racing at 5.16 (quicker than the cars). The 229 mph quarter mile I ran for the NDBA record at Chowchilla California, was in the Guinness Book of World Records for ten years as the world's fastest propellor driven boat.

I crashed heavily in 1984 at Lake Firebird in Phoenix, Arizona at 217 mph while winning my second championship in the World Series of Drag Boat Racing. So my last ride at a drag boat race was out of there in an ambulance, with the most broken bones and trauma of any my crashes either before or since. So far.

About one full year later, I had made a full recovery except for the brain damage, which the doctors all said was a pre-existing condition, or else I wouldn't have been doing that in the first place.

I used 96% Nitro that day, with no alcohol in the mix.

She rode plenty free, as you can see in the pictures.

FourFather said:
About one full year later, I had made a full recovery except for the brain damage, which the doctors all said was a pre-existing condition, or else I wouldn't have been doing that in the first place.
Click to expand...

So what´s the secret behind you and your team repeatedly being able to build engines - I would imagine - with more power than the competition.

Hope to see you at the upcoming Rally.

RALPHIE, Your "it's all about money" post is stunning in its insight, clarity, accuracy, and kindness. I actually teared up a bit reading it, perhaps because it seems like you condensed my whole life into a very few well-chosen words, and better than I could do.

SBR said:
I agree, time sure flies. I remember reading about the 4.990 pass and was simply amazed by the accomplishment. You were always one of my favorite drivers!
As for the NHRA, they have lots of problems and it remains to be seen as to whether they can figure it out. It seems like the Pro Stock class is dying a slow death which is too bad.
Click to expand...

I perceive NHRA's main problem is the the amount of money it takes to be competitive in the pro ranks. The $ required makes it impossible for a team paying their own bills to be able to race. I still believe that if NHRA would limit engine use to one per weekend in the nitro classes, the good tuners would quickly figure out a way to make them last, still go plenty fast, and cut expenses WAY down, to probably less than half what it is now. 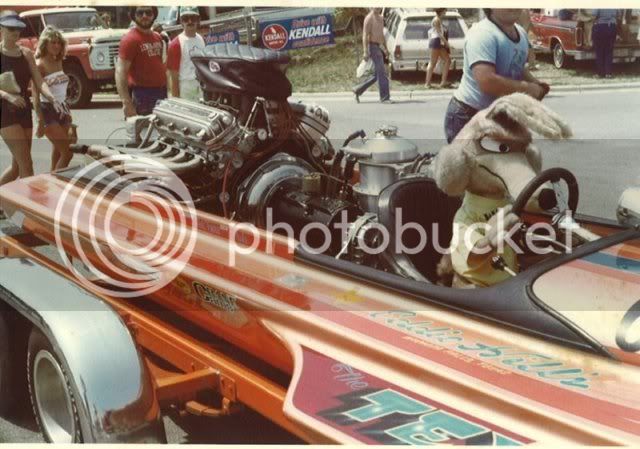 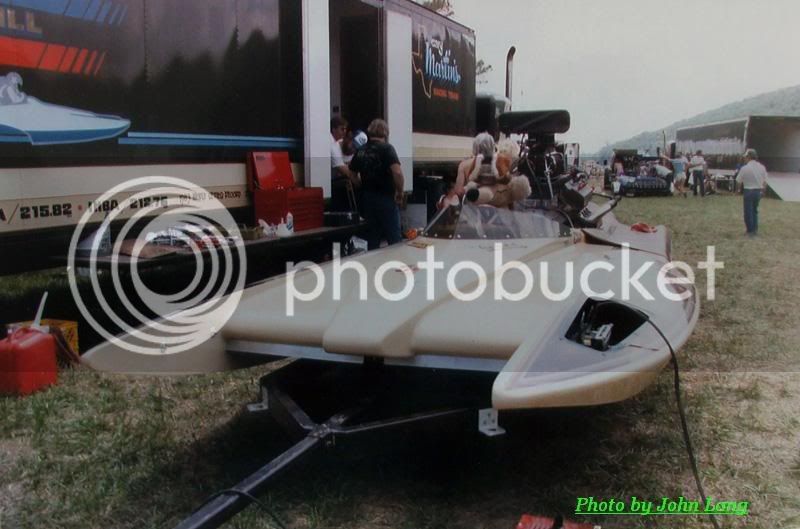 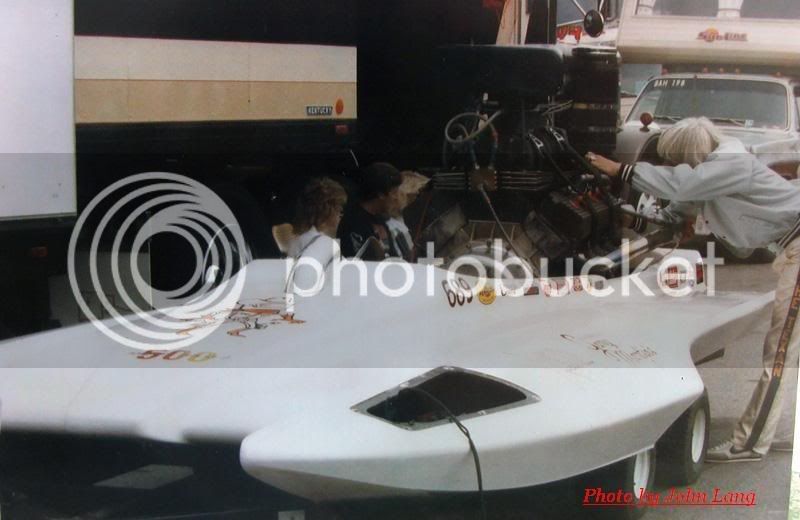 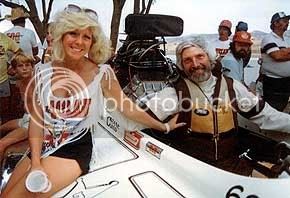 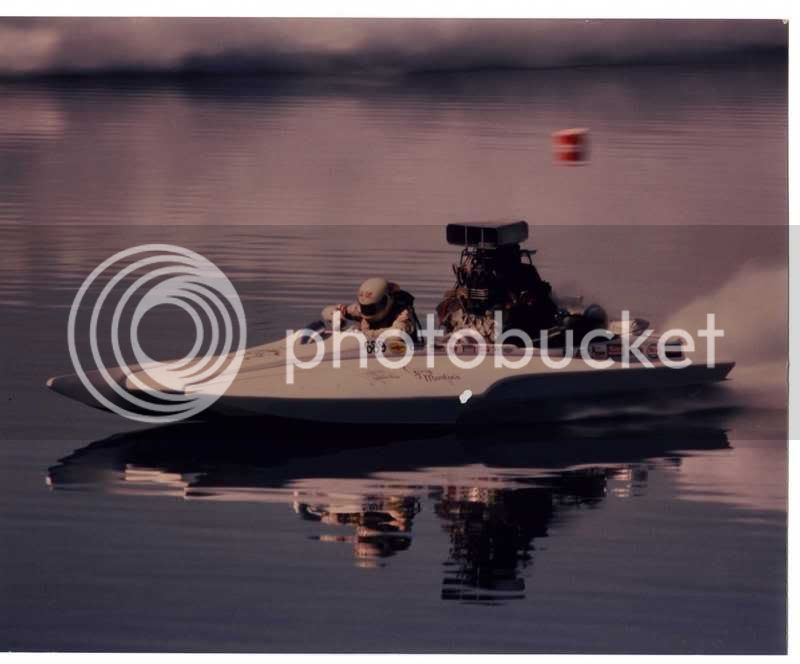 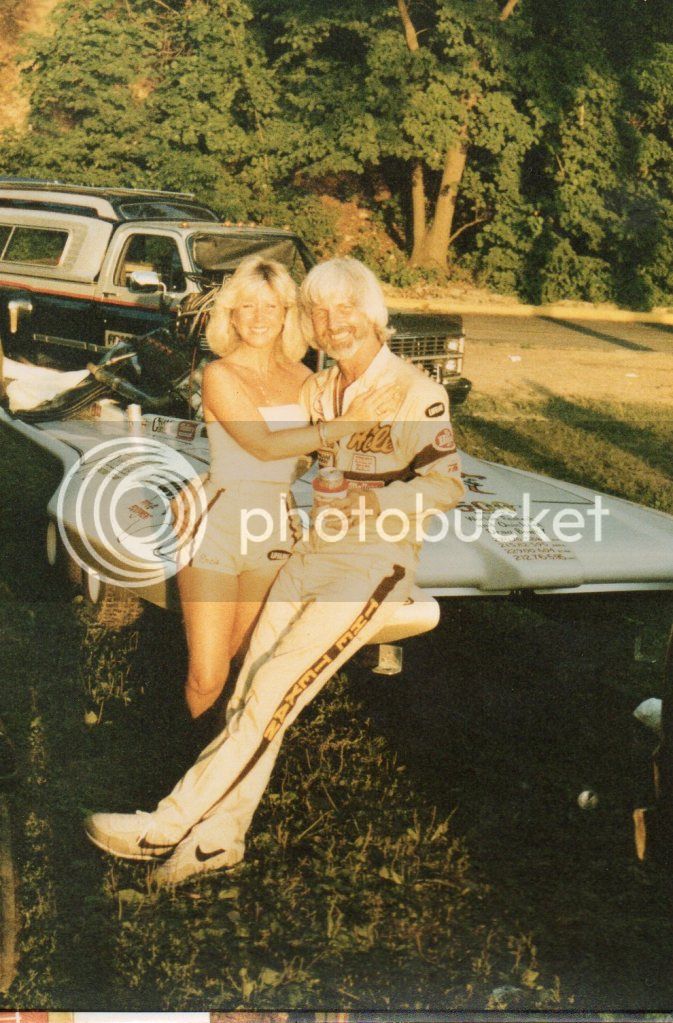 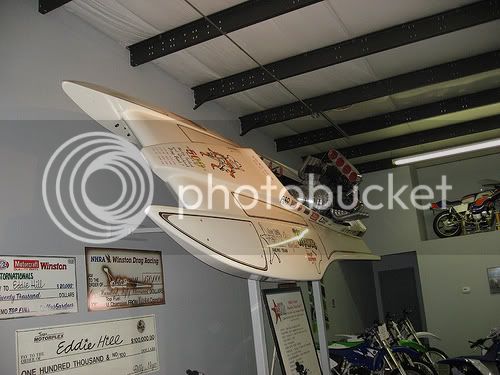 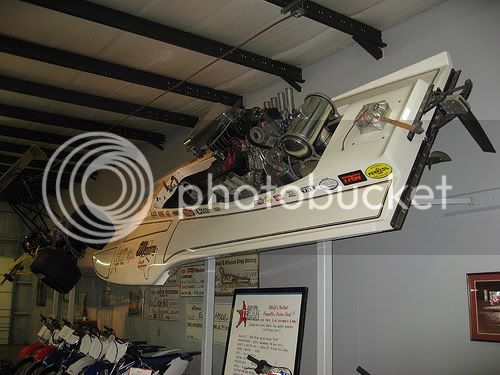 Those are some VERY serious numbers - you really had to have the horses in that engine to pull that prop and ratio! I run a Precision 11¼ x 17 on my Sanger which will only top out at around 125 mph or so if I could get the motor to achieve 7,000 rpm, using 1.25 gears in the Casale. I've only had it up to around 100-105, and that's damn exciting to me!

Back in 2005, I went over to a Sanger boat reunion where there were quite a few pickleforks and shovelnoses. On that day, the Sanger factory trailered over a newly splashed version of "Climax" (they have kept the original molds) which I'm sure you ran up against over the years.

In fact, you probably knew and raced against the guys that drove it. When I was getting my boat operational (I found it in a field outside of Ramona, CA), Greg Shoemaker gave me a lot of help - boat guys are like car guys, I guess - nice to be around, friendly and helpful.

I didn't get my boat until 1998, when I was 56, so the thought of competition never entered my head - but I can understand the thrill of pushing these machines to their limits. Here are a few pictures of some of the hotter boats that were at the reunion - I found it interesting though that I was the only one to put mine in the lake that morning and make some noise!

Great Pictures, Eddie!! Thanks for sharing.

Is that a Crower mechanical fuel injection intake under the cover on the unblown fuel Kindsvater drag boat? I was able to pick up one of those and replaced the dual quads/tunnel ram on my Sanger. Never put zoomies on it yet, as they're outlawed when recreational boating. Some day though....

Good on you for getting her wet and making noise--after all, that's kinda the whole point!

So what´s the secret behind you and your team repeatedly being able to build engines - I would imagine - with more power than the competition.

Hope to see you at the upcoming Rally.

I built this car using the engine as a stressed member, with aluminum H-beams for the lower frame rails, and thin wall steel tubing for the upper rails, Cushman motorscooter front wheels, hubs and spindles, go-kart style steering with no steering gearbox, etc.,and even with the all iron Pontiac engine, the total weight was in the 1050-1100 pound range, and that gave me a pretty big advantage over the more conventional dragsters that were much heavier. So I did not need more horsepower than the others in the class, and still had the world's fastest and quickest unblown gasser.