A little old school film photo with an old Pentax point and shoot consumer camera. With forum member BWest at a local GTG at Crystal Cove. 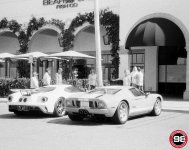 And since I've been playing around with film lately, here is, in my mind, a much cleaner shot from a 1985 Minolta Maxxum 35mm camera with basic 35-70mm kit lens. Fun to play around with a camera and lens that was cutting edge at it's time and way more than I could afford, that I inherited from an uncle many years later when it's value had dropped to about $60 total on eBay. But nonetheless, fun to use! Just using some student level bulk B&W film roll and low resolution scan.

This is at the local Brekkie show in So Cal. 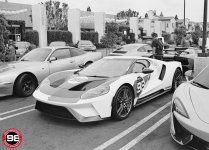