Lauda, an inspiration to most,..., and what an amazing talent, RIP

He lived a cool life that's for sure.

Saw him up close at the 1984 Gran Prix of Dallas. He was the best for several years there.

A life dedicated to his craft and sport. LIke Mr. Sinatra, Niki did it his way. God's Speed Champ.

“Sad news today that F1 great and hero to many for his courageous spirit, Niki Lauda has passed after succumbing to a recent illness. With some organ transplants in the past years he was always thankful to have made it this long, especially after surviving his horrible wreck that burned so much of his body during his racing career. One of my racing heroes and I am sure the same for many other on this site, the checkered flag has waved one last time at the finish line for Niki!”

LAUDA IN QUOTES
On his accident: "I have a reason to look ugly. Most people don't." (Interview with Graham Bensinger)

Lauda famously refused to race in Fuji in the last race of the 1976 season in protest at having to race in dangerous conditions.

He said: "For me it was ridiculous. Because of a stupid TV deal we had to go out there and risk our lives. No one could see anything. It was a disaster.
“So then I decided for myself that television was not a good enough reason for me to race. So I told Ferrari beforehand I would do one lap, which I did, and then I stopped. I have no regrets." (Guardian)

On James Hunt: "We had a respectful, nice relationship. We trusted each other. He would not push you off the road, which in those days was important."(Telegraph)

On which era he would have preferred to have raced in: "Today. They get 10 times the money and no risk. At the same time it gets boring at some stage." (Guardian)

On his approach to racing: "I was someone who placed great value on the detail. That was always the case, even in my days as a racing driver." (Reuters)
On Michael Schumacher: "He was the greatest driver of them all. He was the perfect racer, with speed, instinct and a great technical understanding." (Guardian)

After his crash: "People ask me 'why did you never have an operation, to which I would say, where the f**k do I find an ear? It's a very simple answer." (Reuters)

On watching himself in the movie, Rush: "At the time I got upset with those people when they never looked in my eyes. But in the movie, I was the spectator, on the other side. And I tell you, they were right." (Reuters)

And finally, on his famous red cap: "The cap is my protection from stupid people looking at me stupidly." 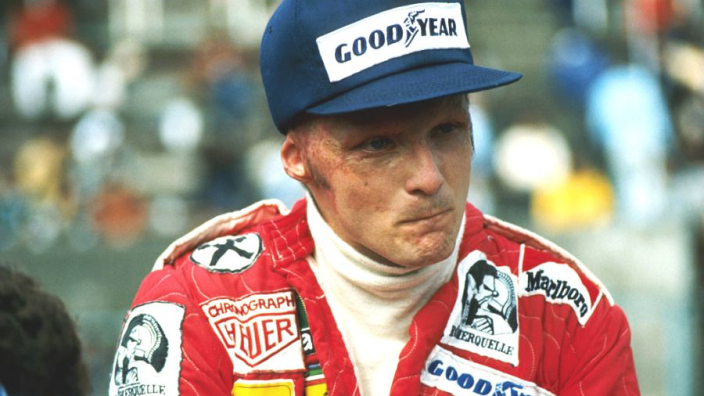 Niki Lauda's career in quotes: 'I had a reason to look ugly. Most people don't.'

Niki Lauda was not only one of the greatest drivers in the history of Formula 1, he was also one of the most outspoken sportsmen in history.