The nose on the white car could not be more perfect.

Can't wait to see more info on these two beasts.

Nice, but what does Ford think of this?

Do they start with a Ford GT donor car?

Throw a FIA Rollcage, and all the safety items needed & i'll buy a Race Car.....

twobjshelbys said:
Do they start with a Ford GT donor car?
Click to expand...

Sorry for the late reply as we are still getting caught up from attending another great Rally. First off we want to thank Ray (Hofman Motorsports) for letting us do this project for him. It has been quite the undertaking, but what fun would that be if it were easy. We will try to answer what questions we can for now until the information packets are done.


2112 said:
Love them both, but would particularly like to graft that nose and headlights of the white car onto mine.
Click to expand...

This is the intent of this car. This package is set up for an owner to send us (The GT Guy LLC) their car and we remove the stock pieces and install the new GT3-S parts, fit and paint them and then return the car ready to go. This particular car has one of the actual Matech front fenders and fascia on it that was raced in the series. This is why you can see the fasteners from the outside and the headlights are different. In the production version that we are working on now you will not be able to see the fasteners and stock (OE) headlights will be used. Since these are the actual race car parts on this car that is why some of the fitment issues look a little off. The production parts will have the GT1-S fitment.


Silverbullitt said:
Wow, I guess there will be an option sheet for the GT3-S?
Click to expand...

Yes, this is still in process for the GT1-S and the GT3-S.


GTdrummer said:
Nice, but what does Ford think of this?
Click to expand...

From the people we have spoken with so far they love it.


twobjshelbys said:
Do they start with a Ford GT donor car?
Click to expand...

From earlier the GT3-S is meant to take an existing car and convert it into what you see. The GT1-S is planned to be a turn key car, meaning that Hofman Motorsports will find/buy the car, send it to us for the conversion and we will deliver to the new owner.


FrankBarba said:
Throw a FIA Rollcage, and all the safety items needed & i'll buy a Race Car.....
Click to expand...

Anything is possible.
J

Boost is an addiction...

RH Motorsports in conjunction with The GT Guy LLC is proud to present two new Ford GT production cars for the street, manufactured and produced to the highest OEM caliber and quality. 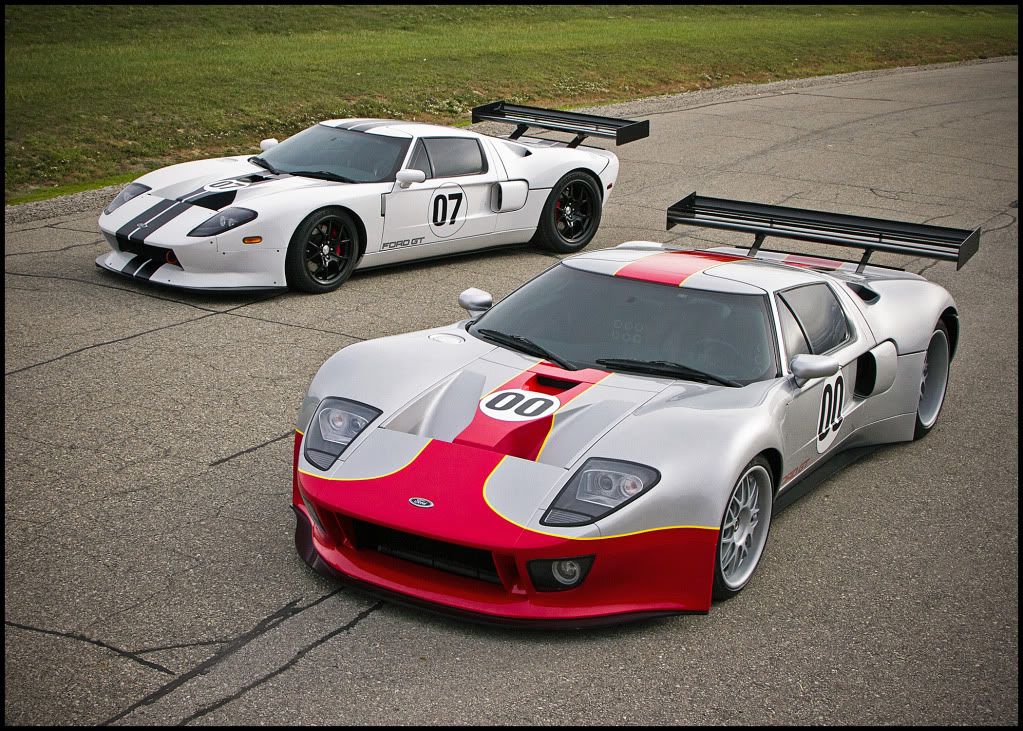 The concept behind the two new cars is actually quite simple according to Ray Hofman, owner of RH Motorsports... Take the aggressive styling of the Ford GT1 race car, something that brings out the 12 year old in each of us as you circle the car and imagine taking it on the track, and mate that with something not possible in any purpose built race car... A full stock street car package, interior with all the amenities, comfort and drivability, everything that the Ford GT Super Car has to offer. Essentially, a full blown race capable, aggressive race styled GT1 and GT3 STREET LEGAL SuperCar.

"The idea was formed about three years ago as I sat pouring over pictures and brochures presented by Matech on their new GT1 car and dreaming of being able to drive it on the street. This was the ultimate expression of the Ford GT in my mind, and while it started creating waves across Europe and on the track the dream of having a street legal version became stronger and stronger" says Hofman. 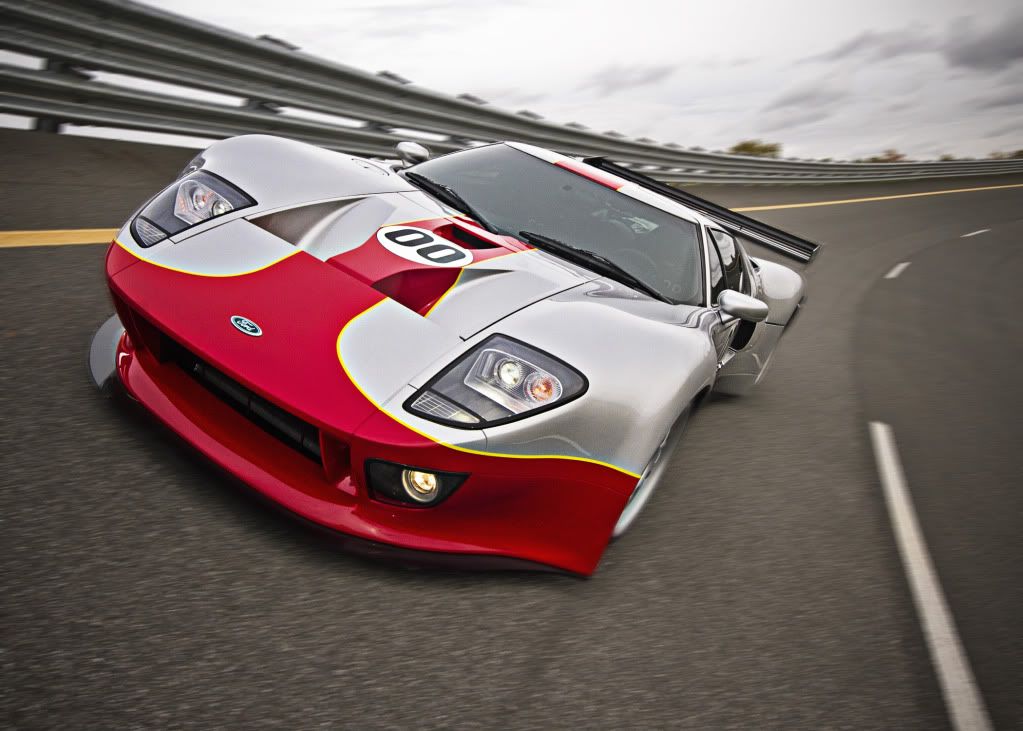 To accomplish this goal, RH Motorsports purchased the original Matech 2009 GT1 prototype race car, and all of the molds, engineering and design work that went into the car, as well as the complete bodywork for the GT3 race car. This brought with it years of proven race success and development, wind tunnel testing for aero package optimization and a FIA championship race developed package.

"People ask what we at The GT Guy LLC have been up to since the Merkury 4 project we unveiled a year ago" says Rich Brooks, founding partner with Denis Breitenbach, owners of The GT Guy LLC., a company specializing in Ford GT development and projects. "When Ray approached us with his concept and plans for a series of street legal race inspired Ford GT supercars we were excited to be partners in this project. Ray expressed that he wanted a manufacturer quality finished car with highest attention to detail from the body gaps and panel fitment, to the different engine and track package development, and we all recognized that taking this from a race setup to a production quality car would be a big step. Today, we are proud to show the first two prototypes to the Ford GT community annual rally event as a preview of things to come and the successful accomplishment so far of our project goals." continues Brooks. 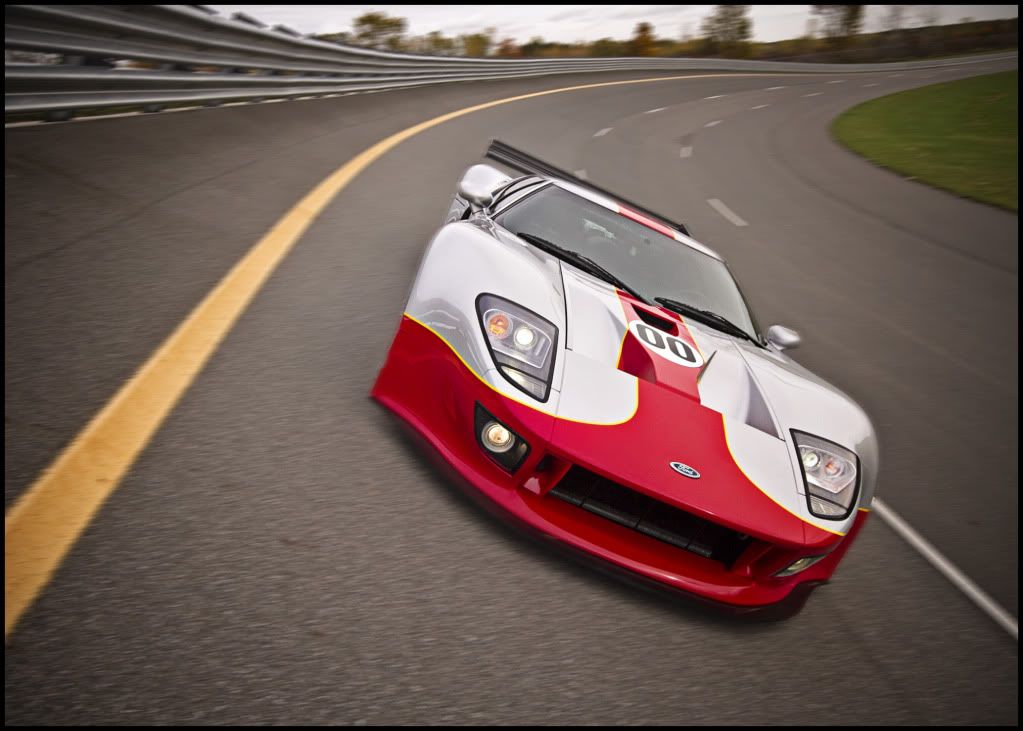 "For those of you that remember the Matech GT1 race car we have created a GT1 race inspired Street version which is named FORD GT1-S. This street legal supercar has everything the race version does and will be produced in a very exclusive limited run of 20 turnkey cars. Featuring a complete OEM quality wide body configuration out of carbon fiber, the car is completely off the charts when it comes to the ultimate bad boy GT" continues Hofman. "Our concept is to offer this as a manufacturer, with a turnkey car being built to the customer specs. We will work with each customer to design their GT1-S with the color of their choice, and a complete build sheet like any new car order with a fantastic set of options. Mild to Wild will be at the whim of the customer and with the GT Guys as my only choice as the premium manufacturer for this project I know we can deliver. There will be a standard wheel option along with upgrade choices for the track and steet, working with one of the premium wheel manufacturers in the industry. Full interior packages including carbon fiber and alcantara worthy of the best italian supercars are also on the menu. Three different engine packages are available starting with the 760 Hp GT Guys exclusive 5.4L supercharger configuration. A 1000 Hp Twin turbo setup or a 600 Hp Naturally aspirated package will complete the round up to suit the desires of the high speed customer, or the purist who is looking for the ultimate track car. Our goal is to make the GT1-S the enthusiasts Supercar, and their dream a reality"

Dennis Breitenbach, chief engineer, continues "a critical component for this project was the development of the suspension package which adapted from the race track would be reliable on the street as well. The front suspension is 4” wider than stock, on each side, with new upper and lower control arms and the rear is widened by changing the rim offset." He continued to explain the extensive development which had to be incurred in order to make all new molds for the GT1-S in order to supply the desired OEM quality vs a pure racing setup.

In explaining some of the configuration options he closed with an explanation of what we had just seen in the unveiling. "This prototype has full racing exhaust and our GTG cold air intake system along with a smaller supercharger pulley and a custom tune good for 760HP. With the development of the suspension and engine package, the proven race success of the aero package, and the base foundation of one of the best supercars ever developed, this will be the best Supercar available" 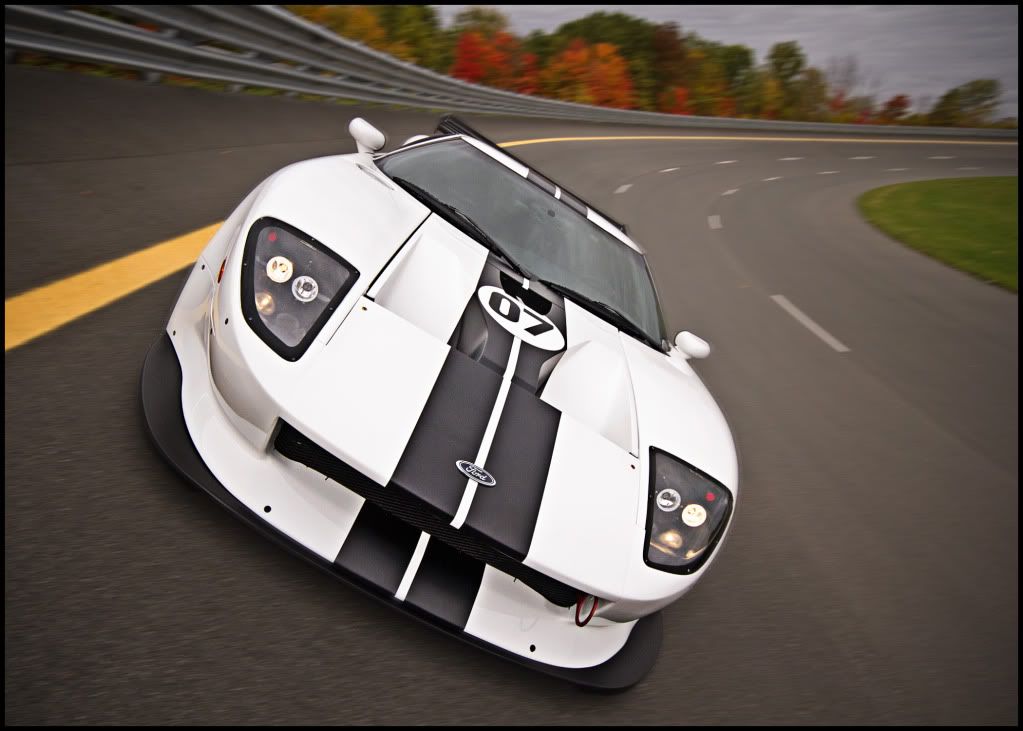 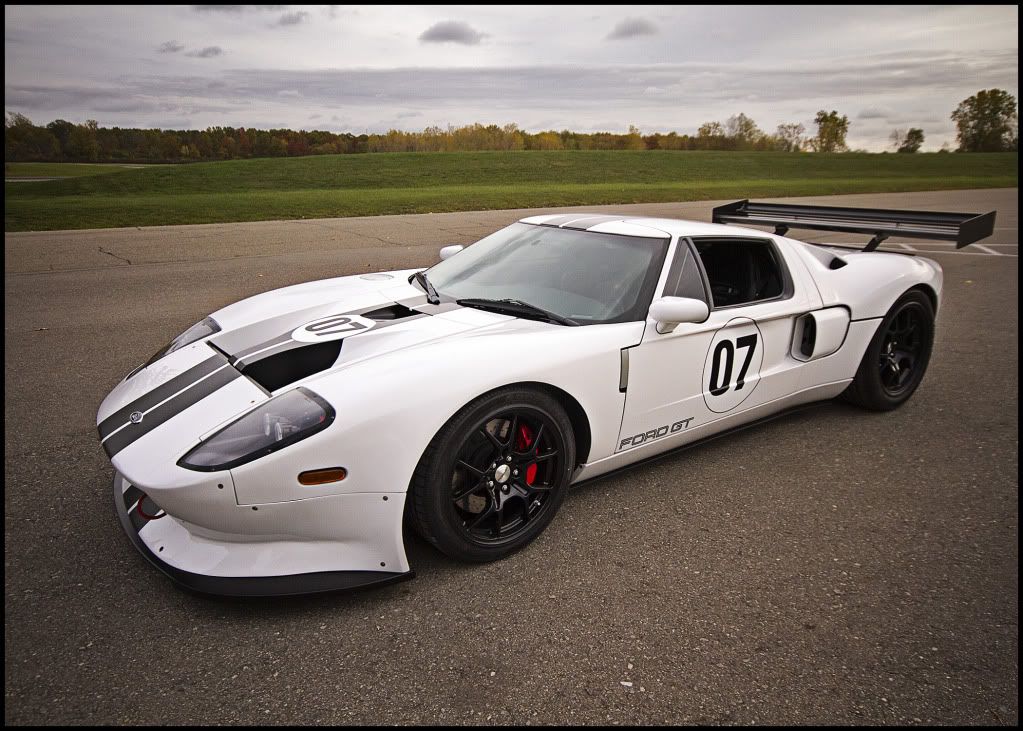 Hofman further explained that the concept behind the GT3-S will be more of a conversion, fully engineered tuning package available to any GT owner. Continuing with the same model of complete customer customization this can range from a basic bodykit conversion to a full blown dedicated track beast.

While the unveiling of the two running prototypes occurred today at NOLA Motorsports for the annual Ford GT rally Hofman stated that much more information and production information would be available over the next few weeks and to stay tuned for a dedicated website. "With the annual rally of Ford GT owners we couldn't think of a better place to showcase the cars and I am so happy with the result. It could not have happened without the incredibly hard work and dedication of Rich and Dennis"

Now I feel even sadder for not attending the Rally so I could see them in person and on the track!

(I want one, something so very nice to dream about)

Wow, seeing these Bad Boys here in person is spectacular . Ray, Rich, and Dennis have hit a HOME RUN taking our GT's to a higher level. I can't say enough, just enjoy the pictures. Congratulations . Tomy

Wow! You guys did an amazing job on those cars! Wish I was there in person to see and hear them. :thumbsup

Love them both, but would particularly like to graft that nose and headlights of the white car onto mine.