Here’s a good video comparing the GT-spec filter against the Motorcraft FL500.

As I mentioned in another post, the GT-spec filter has a thicker can.

I humbly concede that GT Power is mostly right and I am mostly wrong. I had speculated that there *must* be other reasons why the oil filters were spec'd differently - maybe the anti-drain back valve or the bypass valve. However, as can be seen in the video, both of these are just about identical - as is the size and construction of the media, number of pleats, length/area of the filter media. I was wrong. The big difference is the robustness of the cannister which is substantial compared to the FL500 - something that GT Power was exactly right about.

I have both filters here as well, and the thickness of the can is easily "feelable". First, you can feel the weight difference and second, you can kind of squeeze the FL500 and de-form it, whereas you cannot do this with thicker cannister on the NFGT filter.

My expressed doubts stemmed from the fact that despite being dry-sumped, the NFGT does not run normal oil pressures substantially different than any other car. I still contend that this is the case - and this is reinforced by referencing the NFGT Service manuals. But, the oil pump is robust and the NFGT even employs a 150psi bypass valve as described in the service manual. This will insure that the oil filter and other components should never see any psi above 150 and this is well below the 300psi burst strength test standard of traditional (spin-on) oil filters. However, what GT Powers had previously stated about a "ballooning" of the FL500 oil filter in the NFGT application could, when cycled, cause fatigue and ultimately failure. An improved, more robust, thicker cannister could mitigate this - although it still seems to be an area to keep an eye on since there seem to have been at least a couple of failures with the new, "better", filter.

Other the my unforeseen consideration of metal fatigue, I will still contend that oil filters when presented with high pressures will fail at the rubber gasket. Here is a link to a lowly, common FRAM filter tested to 300psi, allegedly again and again. The failure occurs at the gasket.
It is speculated that Purolator may manufacture the filters for Ford/Motorcraft. Here is another video of a burst test of a Purolator oil filter. Two things to notice here. The burst occurs at 600psi and the comment is that this is 2X the test standard (which is 300psi). The second thing to notice is that the failure is, once again, at the gasket.
By the way, one very important take-away for NFGT owners - especially those doing their own maintenance and/or those taking their car to shops that are not trained in the NFGT. The Service Manual explicitly instructs that the filters should be pre-filled before installation. There is a more or less split consensus on if filters should be pre-filled before installation with the naysayers claiming that pre-fill risks introducing containments and that risk isn't worth the benefits. However, in the case of the NFGT, they are very specific about the need to do this!
Reactions: Ed Sims, Austinj427, GTMD and 2 others

As I mentioned in another post, the GT-spec filter has a thicker can.

Thank you again sir, you are my hero. wish I had found this video a few years ago.....good job.
Reactions: GT Power

It’s all good, I actually stumbled upon that video by accident, and it appears to only be ~ 5 days old. Either it’s just a coincidence, or maybe I should go buy a lottery ticket so I can upgrade from the 1/24 scale GT I currently own, to the real thing!

I get what you’re saying about the seal, and those bench tests are proof at very elevated pressures the seal can fail, however, in my 27 years of being involved in launching many OE engine programs, I’ve never actually seen a seal fail, but I have seen the cans balloon a few times.

Im surprised no one has commented on the string inside. The first time I cut one open to do a health check, phone calls were made.
Reactions: GTMD
N

Great find on the video! I have the NFGT filter and the FL500 sitting on my workbench and I was going to cut them open. No need now. I DO also have the WIX FL500S equivalent filters but their wall thickness feels the same as the FL500.
Reactions: GTMD and GT Power

GT Power, that is a very good video comparing the OE GT filter to the commercial FL500 filter. The weight comparisons were interesting as were the comparative documentation of the other filter parts. I would certainly stay with the Ford recommended heavy duty type filter for our GT application.

Having performed a number of aviation oil and filter changes, I always cut open the filter to look for metal in the filter pleats. Always a good preventative maintenance procedure. I used Champion, AC Delco and there probably was another brand which I am not remembering. I never saw any string around the filter element, and these filters also must be able to tolerate high starting oil pressure in cold environments with thick oil. The base plate and can thickness were robust similar to that presented in the video for the FoMoCo GT filter. I would venture the string found on the OD of the GT filter is extra support for the filter media for a transitory high-pressure gradient between the inside of the filter media and the outside. Possibly for cold weather start-up where this pressure gradient might be experienced.

Thanks also to Kendall for humbling conceding an earlier (?) position on the topic. None of us know everything about everything.

Not sure if there was controversy about filter bursting but the Fram and Purolator burst testing seem to predictably point to gasket failure as the primary type of overpressure failure. This certainly makes sense (confirmed in video) that the pressure acting on the end of the filter tries to lengthen the filter along its axis away from the baseplate effectively pulling the baseplate away from the engine surface mating with the gasket. At some point the diminished gasket load between the filter base and the engine base cannot retain the interior (filter) pressure and the seal is breached.
Reactions: italianjoe, Special K and GTMD

I would have guessed the string was an aid used during assembly and not a problem if left in place.
Reactions: italianjoe and Nafod

2112 said:
I would have guessed the string was an aid used during assembly and not a problem if left in place.
Click to expand...

It was there to remind the assembler of something. Hope they remembered!
Reactions: PeteK
N

Yeah, when you can pop for a $500K+ car with a valuation that is at least twice that... it's hard to rationalize complaining about a $72 filter versus a $10 filter!

They could even be hand made via small manufacturing shop, per the string, limited supply and cost. Not like they need to make a lot of these each year.
Reactions: italianjoe

2112 said:
I would have guessed the string was an aid used during assembly and not a problem if left in place.
Click to expand...

I had the same thought when I seen the video....I know that during 2020 to 2021 that the original supplier of the filter went out of business and ford was looking for another supplier to produce this filter and being of small volume they had to find a small manufacturing company and that was why we had shortages on filters for a bit.
N

I wasn't referring to you or anyone in particular - hope I didn't offend. The price is likely almost entirely due to the (relatively) small run size.

GT Power said:
Im surprised no one has commented on the string inside. The first time I cut one open to do a health check, phone calls were made.
Click to expand...

Why? To keep the media from ballooning as well?

Opie has the Castrol Edge oil and is offering a 15% code if you sign up for their emails. 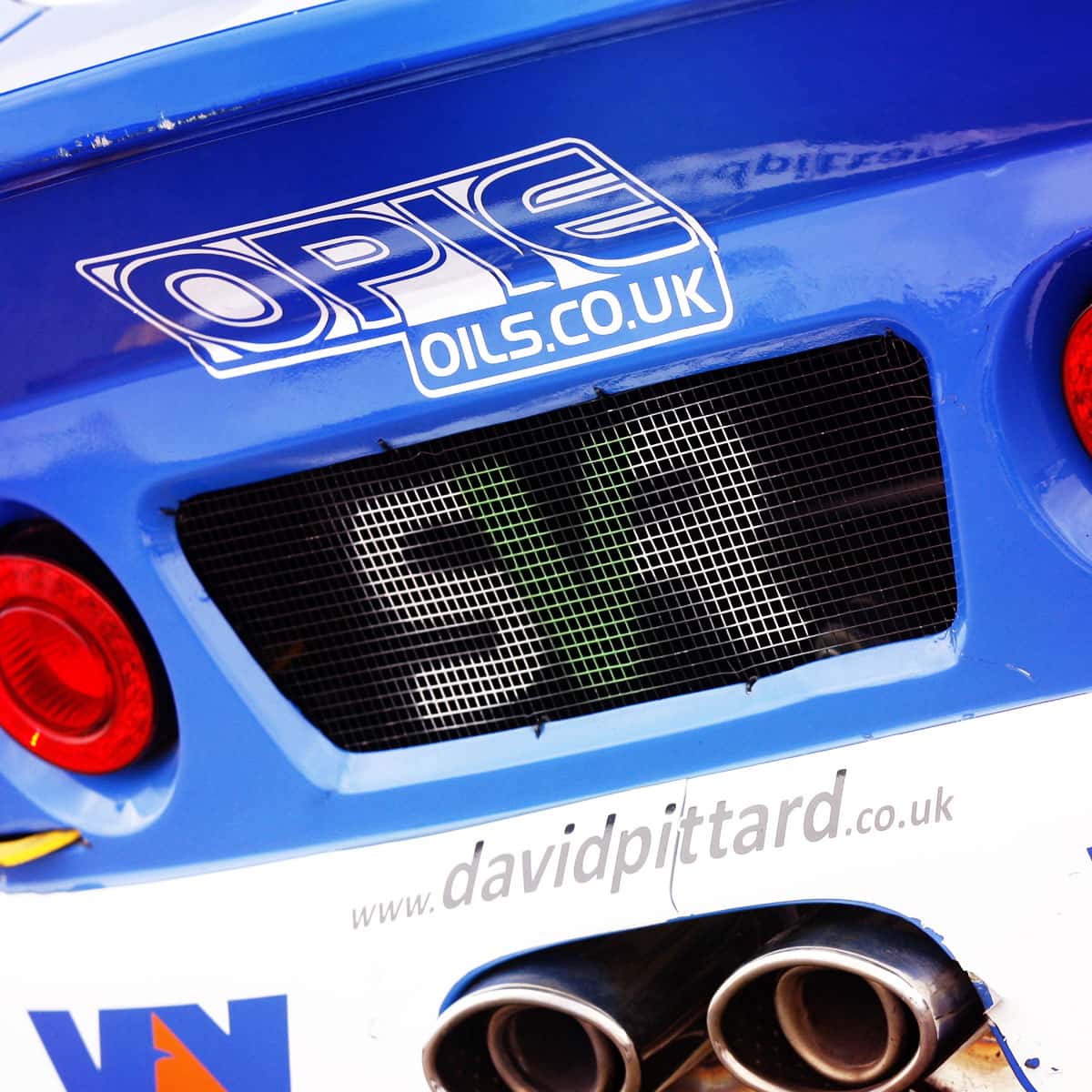 I purchased enough for 2 oil changes with shipping at approx. $16 a L.
Reactions: BtwoG

spartan said:
Opie has the Castrol Edge oil and is offering a 15% code if you sign up for their emails.

I purchased enough for 2 oil changes with shipping at approx. $16 a L.
Click to expand...

That's awesome Fred, I recently found out that the special additive In the oil is for guys like yourself who track your cars.
Reactions: spartan

The string was used as an assembly aid.
Reactions: italianjoe and Nafod

spartan said:
Opie has the Castrol Edge oil and is offering a 15% code if you sign up for their emails.
Click to expand...

Why is it cheaper to buy this oil overseas and ship it here than to buy in the US? I had to do that as well. And the shipping was almost the same as purchasing from Detroit.
N

GT Power said:
The string was used as an assembly aid.
Click to expand...