Can't wait to see you all. It will be for sure a day we won't forget quickly!

We're bringing a few GT owners over from the UK - it sounds like it'll be quite a sight, and Spa is such a cool track.
Reactions: lucassegers153

Super! See you there.

It will be a very great pleasure Dave, to met you again, and the British warm enthusiasts !
Reactions: lucassegers153 and GT101 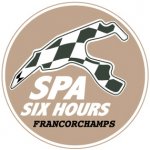 During the Spa Six Hours on Sunday 29 September, Ford will relive the start and finish of the race with no fewer than 50 Ford GTs and GT40s from all three generations! The original race’s start and finish will be re-enacted, with the Ford GT40 ‘Number 6’ in Gulf colours starting last and finishing first a few laps later. An unmissable spectacle!

Legendary start
In the motor racing world you have great victories, and then you have legendary victories that are etched into everyone's memory. Into this latter category falls the victory of the Ford GT in the 24 Hours of Le Mans in 1969, with Jacky Ickx and Jackie Oliver at the wheel. It’s not just the victory itself but the way in which it was achieved that appeals to the imagination.

In the mid-1960s, Ford developed the GT40 with the aim of grinding down the competition in the 24 Hours of Le Mans, in a campaign of sporting revenge against a certain sports car brand from Maranello that had snubbed Ford during takeover talks earlier that decade. After winning the legendary 24-hour race on the Circuit de la Sarthe in 1966, 1967 and 1968, Ford seemed unbeatable with its GT40.

In 1969, however, the race seemed lost right from the start. Jacky Ickx refused to participate in the characteristic ‘Le Mans start’, being unhappy with this downright dangerous procedure in which the drivers had to take their lives into their hands by running over the starting grid to their cars before they could set off. Many drivers also took liberties in this context with the safety rules regarding the use of seat belts, and this had repeatedly led to dangerous situations.

Legendary triumph
Jacky Ickx’s previous calls for the abolition of the Le Mans start had been flatly rejected by the organisers of the 24-hour race. In protest, at the start of the race, he walked sedately to his Ford GT40, buckled himself securely into his racing harness, and was thus the last driver in the field to start.

Ickx’s remarkable action brought him a great deal of admiration and drew attention to the problem of the Le Mans start. But because Ickx had started last with his Ford GT40 (serial number 1075, the same car that had won the Le Mans 24 Hours the previous year), he faced a long series of overtaking manoeuvres during the long circuit. Victory seemed a remote possibility. And yet, after 24 hours of racing with partner Jackie Oliver, he was the first to cross the finish line – barely 120 metres ahead of the second-placed car. He gained a great deal of respect and gave the Ford GT40 its fourth victory in a row.

Spa Six Hours
Fifty years on, the 1969 victory is still one of the most legendary highlights of the 24 Hours of Le Mans. There is therefore every reason to relive that moment.

The collaboration with the Spa Six Hours was no accident. Vincent Collard of Roadbook, the organiser of the event for historic racing cars: ‘With the Spa Six Hours, which we bring to the Spa-Francorchamps circuit every year, we seek to re-create the illustrious history of motor sport. When we heard that Ford wanted to re-enact the Ford GT40’s 1969 triumph in the 24 Hours of Le Mans, I was immediately enthusiastic. After all, no fewer than 20 Ford GT40s take part in our event, which is a sign of the impact the model has had on motor sport history.’

During the Spa Six Hours, the racing legends of the past make their engines roar again and line up against each other in different racing classes. Endurance cars, pre-war sports cars, historic F1s, pre-1966 touring cars,... they all battle it out just as they did in their glory days: it’s an unforgettable spectacle!

See you at the Spa-Francorchamps circuit on September 29.

Of course, I will be there with J080.
Reactions: lucassegers153 and Ed Sims