Finally after 16 years I am an owner

After 16 years of lust I am finally the proud owner of a 2005 Ford GT. I traded my 21 R8 after only 3 months of ownership, which wasn't the easiest conversation with my wife but thankfully she came around. I tried to buy this GT a few months ago from the owner and couldn't make the deal work so i went with a totally different car that I also really liked. I knew I made a mistake when we were picking up the R8 and I still couldn't get the GT out of my mind. By sheer dumb luck the owner (a friend and big in our car community) of the GT wanted a new R8 to replace his wife's 2012 convertible. Dumb luck or fate, I don't know how I got so lucky.

I remember in 2005 a nearby Ford dealer got their one and only GT on the showroom floor. My parents and I happened to be in town and stopped in. My 12 year old self spent the next hour just in awe begging my dad to buy it. I had no real concept of how much $150,000 was at the time. Ever since I took ever opportunity to annoy my parents to go see a GT if one was nearby.

Years later it lead me to this car. I saw the ad on Elite Auto's instagram page 69 weeks ago and fell in love with the car. It was everything I wanted, excluding the wheels but as perfect as I could find. I commented, "Thats it. That's the one. Dammit." At the time my business was finally starting to become profitable but I was still pumping too much money in to it to make a deal even possible. Thankfully so since we were shut down a few months later for the pandemic. I saw the car disappear off the website and figured it was gone to hopefully a great owner. A few days later on Facebook I saw a picture on Arkansas Car Spotters of the car. It ended up going to an owner an hour and a half away who I befriended.

So a little over a month before my birthday I decided to finally make my dream come true before the prices got even higher and bought my dream car in the dream spec. Haven't taken a lot pictures since I've been too busy ruining the value and putting miles on it but this is what I have so far.

I do want to thank the people that helped me previously with questions I had about the car. Kendall was kind enough to go over everything about the Heffner kit and things to look out for. A big thank you to y'all.

Yes, I cried on the way home.

Thank you for taking the time to read this long post and I look forward to ask many questions that have already been answered many times. 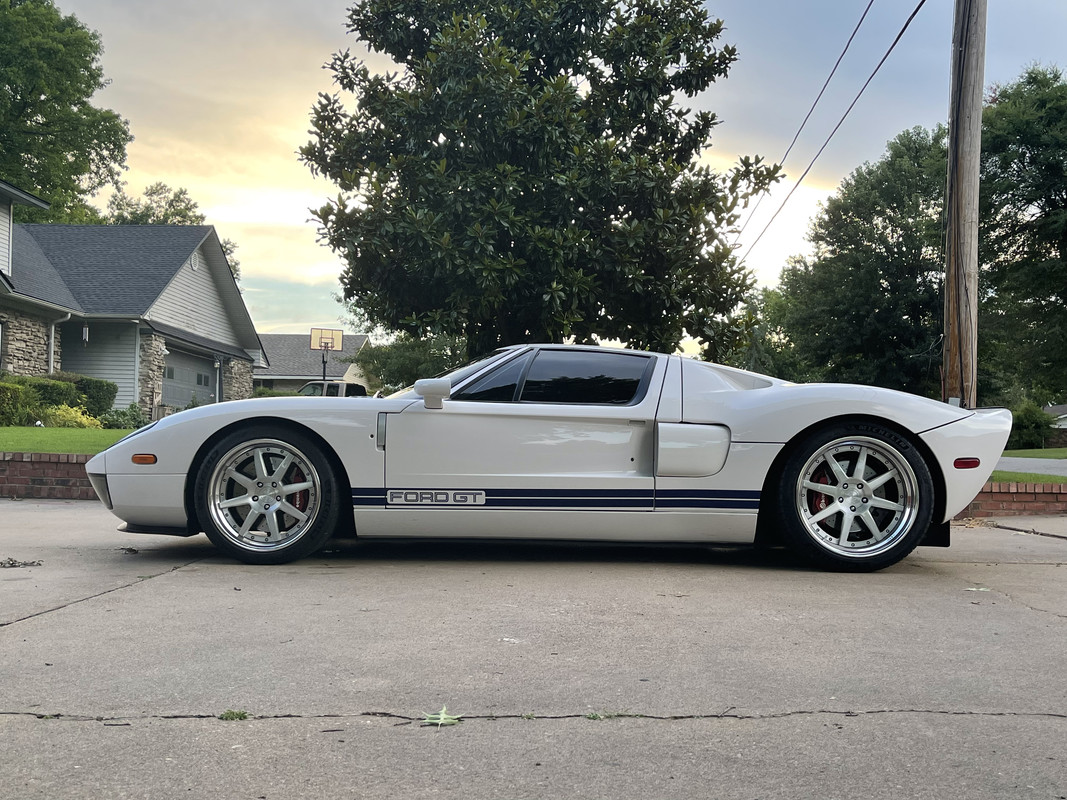 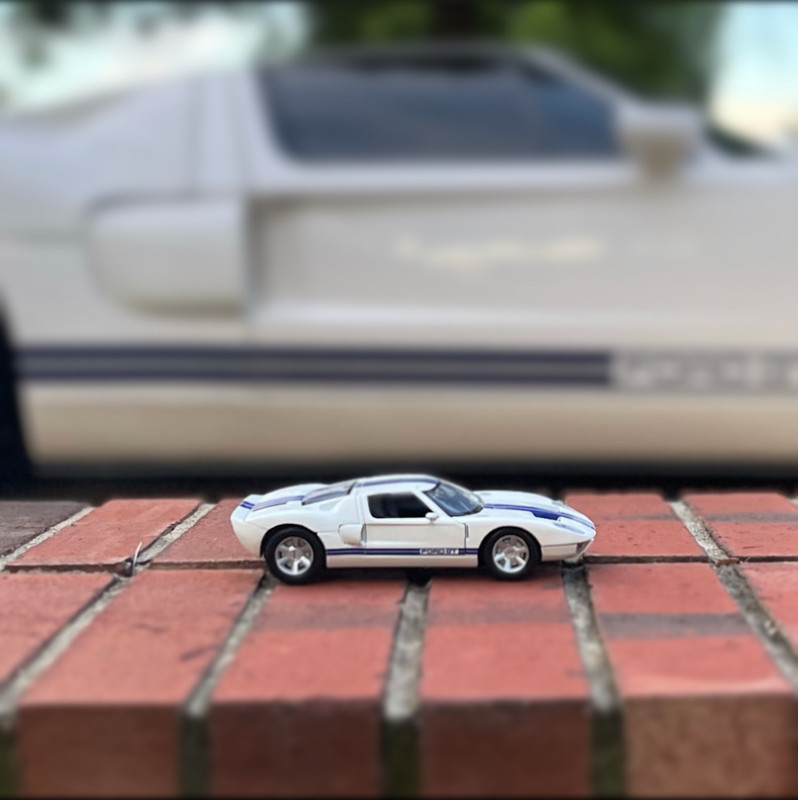 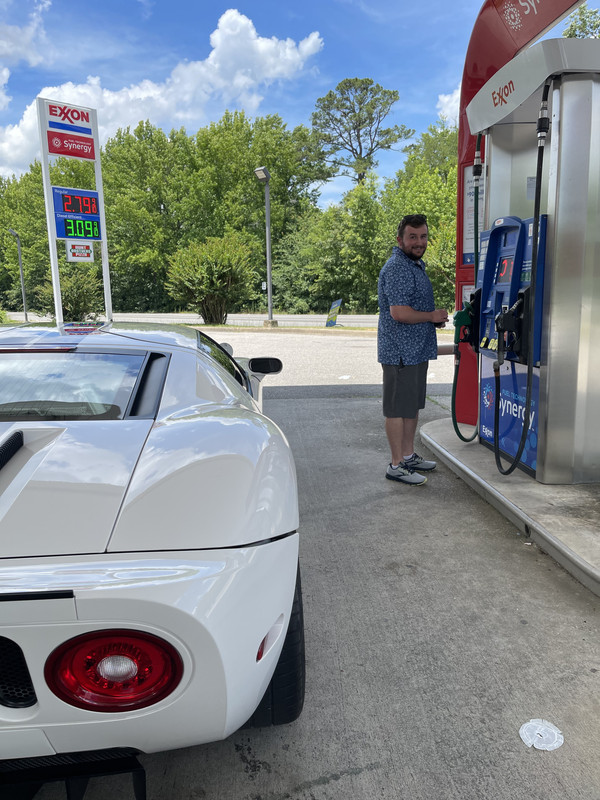 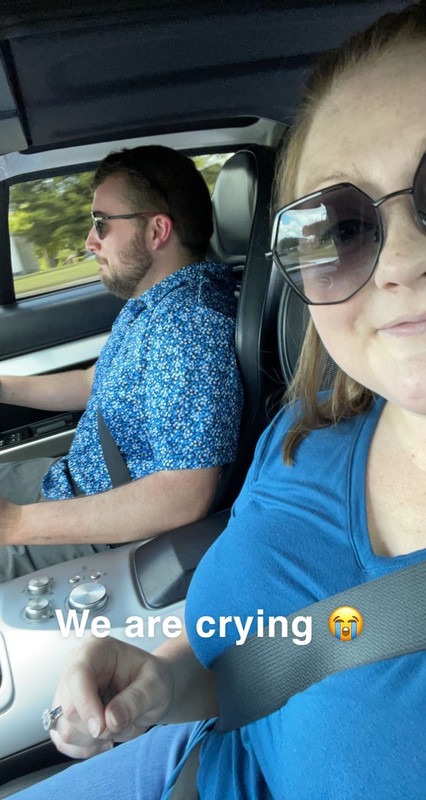 No apologies necessary! Clearly you have the same affliction we all have here. Congratulations on such a great purchase and downright incredible car! Your story is very endearing and, in some ways, similar to many of us I suspect. As I'm sure you're already aware, you will come to love your GT but I also think you'll appreciate this incredible forum.

Again, welcome and thank you for sharing your story and pictures! Let the good times roll!
Reactions: GTinTN, BAT and Enzo101

Thank you very much! I think the wife and I went out to the garage 5 times last night just to stare at it. I'm already way in love with it! The few times I've used the forum it has been more than helpful. Fantastic group of people.
Reactions: extrap and GTMD

Oh...and if you haven't thought about it, consider attending one of DBK's rallies. The next is in Scottsdale and should be epic. I'm not sure I'll be able to make it this year but I guarantee it will be an incredible and truly life-changing event. You will meet a ton of nice and caring people that share your passion and who will become friends for life!
Reactions: extrap and Enzo101

I will have to add it to the list of rallies to go on!
Reactions: extrap

Garrett, nothing like the sound of turbos spooling and wastegates opening in a FGT!! Great story! Congratulations.
Reactions: Enzo101

Isn't it amazing how much joy a certain Ford can bring?! Congrats! It looks like you got a great one!

I didn't cry, but I definitely had that HO LEE CRAP! I OWN THIS?!? feeling ... and still do

ps Hey, with those wheels, is it still considered a 4-option car?

Straight to a Heffner turbo car?

You don't mess around.
.
Reactions: Nafod, Enzo101, Button and 2 others

Nice car enjoy the ride! But, would you look at the price of the Gas! At that price they are giving it away.
Reactions: Enzo101

Welcome to the family. One thing is for sure...you wont regret your purchase. The cars are amazing. You've got a great community here on the forum.
Reactions: Enzo101

You’re in good hands with Jason Heffner
But the car with a pulling in tune is plenty fast enough! There have been plenty of members who did the same thing and then went back to stock
Just my 02
Reactions: F Pilot and Enzo101

Alright rookie, a stock GT is hard enough to learn to handle, but a twin turbo is even more dangerous. The are lots of driving tips here on this Forum, but remember, do not punch it with the steering wheel turned. The back end loves to come around and then you hit something to stop you. Do not make yourself a statistic here. Enjoy it but be CAREFUL.
Reactions: Enzo101, Iconic GT, JWZ and 3 others

Congrats Garrett! Great story, these cars bring the big kid out in all of us! It's like a big HotWheels sitting in the garage and after 15 years I still feel the same about it as the first day. You and your wife are lucky and I'd be real jealous if it weren't for my 15 year head start ;-)
Reactions: Enzo101 and extrap

fjpikul said:
Alright rookie, a stock GT is hard enough to learn to handle, but a twin turbo is even more dangerous. The are lots of driving tips here on this Forum, but remember, do not punch it with the steering wheel turned. The back end loves to come around and then you hit something to stop you. Do not make yourself a statistic here. Enjoy it but be CAREFUL.
Click to expand...

It's sometimes difficult to remember the "don't accelerate in a turn", especially when you are exiting your subdivision or a gas station onto a busy street! But remember, those turns on cold tires and pavement and the tendency for the car to unhook are reason to be cautious until you have a feel for the car!

Remember, you got no nannies. When I did one of the Bondurant schools the instructor encouraged us to leave the nannies on for a while. Then said "and when the nanny saves your but, remember what you did and don't do that again". And pretty soon you got the feel for the car and your combined "limits". LIke Dirty Harry said, "A man's got to know his limitations". Without nannies to help and remind you, just be careful.

Oh yeah, tires. If it's still got the original Goodyears ditch them today and get the Bridgestones. The Bridgestones are a little stickier when cold so help alot.
Reactions: Enzo101 and JWZ

Congratulations. You’ll love it. I’ve had my twin turbo for 15 years and I’ve never felt out of control even when doing 223 mph at the Texas Mile. (But I was never stupid enough to punch it in a curve)! BTW, if my car will do it, theres no reason yours won’t. Even if you never get the chance it’s nice to know what it’s capable of. Enjoy.
Reactions: Enzo101

Garrett, congrats on the purchase and welcome to the forum! I gotta say it too, cold tires, lots ‘o power will get you in trouble real quick. I, like many others here have swapped ends. Fortunately it was a no harm no foul for me, but others not so lucky. I’m just south of you if you ever head to LA. Sign up for the rally, it’s the best time you’ll have with your clothes on!
Reactions: Enzo101

Is that a right-hand drive car?

(Pic of you and wife is digitally reversed).
Reactions: Enzo101