RIP Carroll. Lived Life as it should be done. :thumbsup:thumbsup

Years ago I flew out to Road America for the annual Shelby meet but didn't get to the track to late in the afternoon. When I found the grass site where the meet was it was almost deserted except for maybe 10 cars scattered around, and a small RV right in the middle with a small table set up next to it. As I got closer I saw it was Mr. Shelby quitely sitting there alone probably relaxing from a long day with the crowds. To my surprise he was nice enough to chat with me even though I had only came over for an autograph. How many other "celebrities" would be that personable or patient after signing autographs for half the day?

Didn't Carroll have some techincal inputs on the GT project? Was there a story as to why he didn't do a "Shebly GT" aftermarket mod to the GT's?

The Saturday after Carrol's passing I thought it would be appropriate to drive my 2009 GT500 KR. It's a car that only has 700 miles and is rarely driven. Unfortunately I was sitting a light and an idiot 16 year old drive in front of me decided he didn't want to wait for the light to change so he through his Mom's SUV in reverse and backed his trailer hitch right into my bumper. He never looked in his mirror. $1,200 in damage! Here's a shot BEFORE the accident. May Carol rest in peace!

^^
He was a technical advisor to the Ford GT project.
And he was integral to the GT40 back in the day.

Bill warner's tribute to carroll with some period photos

A nice tribute to Carroll by Bill Warner of the Amelia Island Concours. Enjoy ...

timcantwell said:
The Saturday after Carrol's passing I thought it would be appropriate to drive my 2009 GT500 KR. It's a car that only has 700 miles and is rarely driven. Unfortunately I was sitting a light and an idiot 16 year old drive in front of me decided he didn't want to wait for the light to change so he through his Mom's SUV in reverse and backed his trailer hitch right into my bumper. He never looked in his mirror. $1,200 in damage! Here's a shot BEFORE the accident. May Carol rest in peace!
Click to expand...

He aslo got the last five production GT's in blue. They were testing them at Wixom when we were there for the Rally.

BIGFOOT said:
^^
He was a technical advisor to the Ford GT project.
And he was integral to the GT40 back in the day.
Click to expand...

"Workhorse 1" has a spot at the Shelby factory in Vegas.

A Great tribute to Carroll by Dave Despain on the Speed Channel tonight. I hope this program will be available to purchase. Amazing accomplishments by a great American.

I saw a commercial where on Sunday evening (20th) there is a three hour special on Carrol Shelby on Velocity channel at 8:00 pm

BIGFOOT said:
^^
He was a technical advisor to the Ford GT project.
And he was integral to the GT40 back in the day.
Click to expand...

Shelby's involvement with the GT40 program is well documented, but all I've heard about his GT work is the assignment of "technical advisor". I'm curious as to how his inputs were used to steer the final product. He didn't have decision making authority, but what kinds of things was he consulted about: styling?, powertrain?, material choices?, paint colors?, etc.

You know you really made it when.....

It's been my opinion that if you really mattered, I mean REALLY mattered during your life, that your death would be noted in the world's largest newspaper that does not have an obituary section, The Wall Street Journal. The very notable are normally mentioned in one sentence on the front page. But not Carroll Shelby. He had an entire article written about him in the first section of the May 12, 2012 WSJ. For those who missed it, I have copied it below.

Velocity channel #281 (direct TV) will have a three hour show on the life of Carroll Shelby tonight 7PM Central time. I was told it will be good by Cleo Shelby on Friday when we visited. I have been invited to the Memorial at the Peterson Museum on the 30th in LA and plan on going as a guest of Mrs. Shelby and her Daughter Simone Rendell-Shelby.

If you take a few moments to reflect on just how much talent and drive he had, and what he was able to accomplish, and then how few individuals come along that are so blessed--to me it makes his life here just that much more special and exceptional -- what a guy!!

Here are my wife Ercie's thoughts about him-


If you’ve never been blessed to live in Texas, you may not know what makes a Texan tick. They are strong-willed individuals who grow up in a state where there’s not much room for the faint of heart, cowards, or the lily-livered. They endure extreme heat and cold (sometimes in the same day), hail, sleet and snow measured in feet, tornadoes and dust devils, 100 mph straight line winds, gullywashers, downdrafts, rattlesnakes and other vipers, scorpions, foot-long centipedes, herds of feral hogs, cougars, bobcats, coyotes and wolves. They have distain for being told what to do, how to do it, and when. They dislike big government even more. They know how to govern themselves and don’t need any help doing it.

When you grow up surrounded by those who adhere to being Texas proud, heck, you don’t sweat the small stuff. Like racing with nitroglycerin under the tongue, being told a new heart is necessary, then a kidney transplant. A whole buncha folks would have withered under such crushing blows. But not Carroll Shelby. He knew the risks, accepted them, got a new heart and kidney, and kept going. He still had a lot to do.

The docs gave him five years to live, and he did. Plus seventeen more. He was setting records until the day he went to glory. The Texan in him, the line drawn in the sand at the Alamo, gave him the guts to keep chasing his dream of putting more and more muscle into the internal combustion engine. He was a visionary who didn’t have any quit in him. He didn’t go around his problems, he went through them.

And so we are separated from a beloved Texan who left a lifetime of accomplishments that may never be matched in the automotive world. We salute him for making our world a more exciting place to live in, and for the role model he was. He ran circles around the competition (pardon the pun) and enjoyed his accomplishments, as did we all. He was close to royalty in Eddie’s and my humble opinion.

Not a bad legacy for an ole chicken farmer from Leesburg, Texas, who spent most of his childhood in bed with a faulty heart.

You won the race to heaven; God bless you, Mr. Shelby. You used your God-given talents well here on earth.

P.S.: I heard the racetracks up there are made of gold, and titanium is dirt cheap. 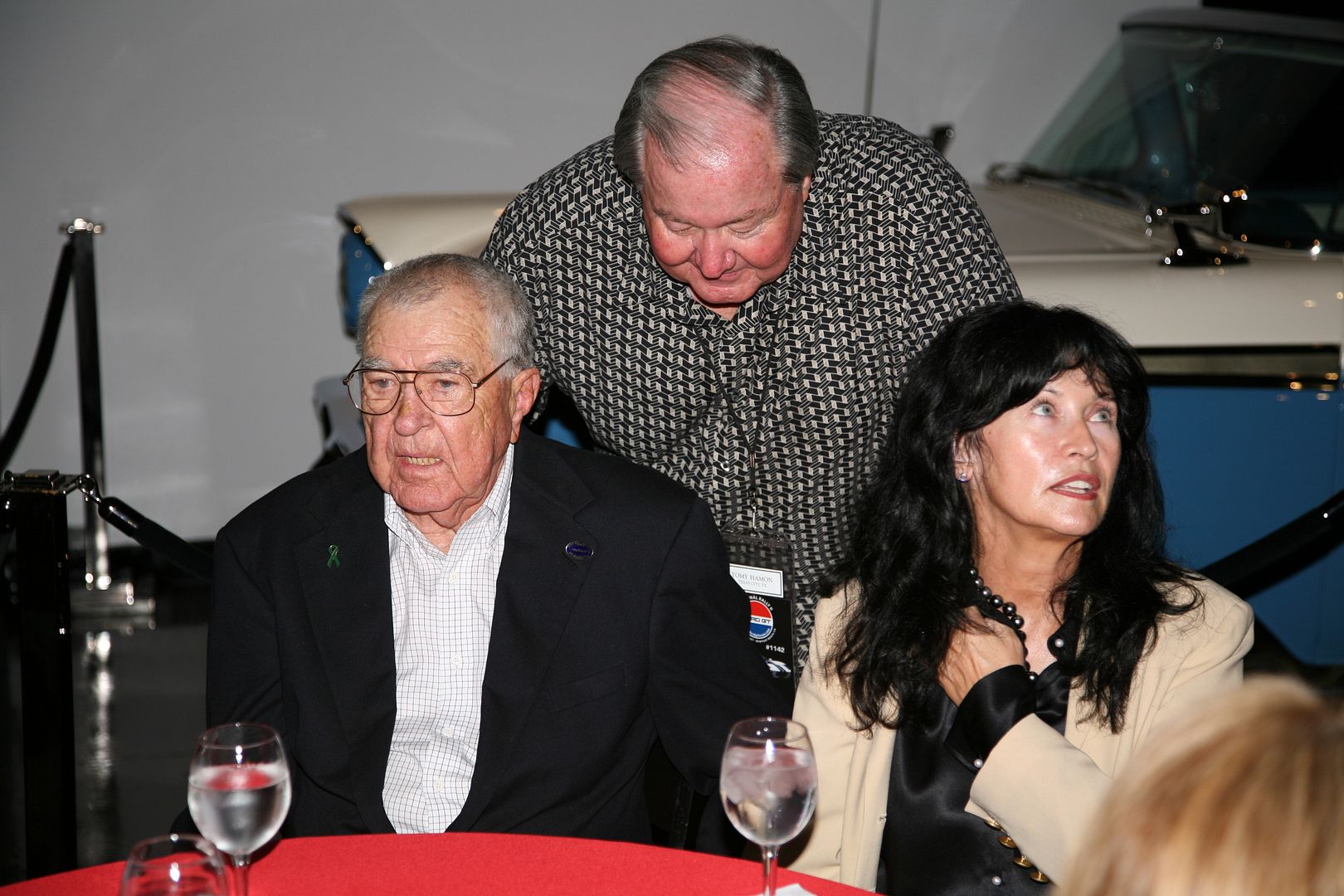 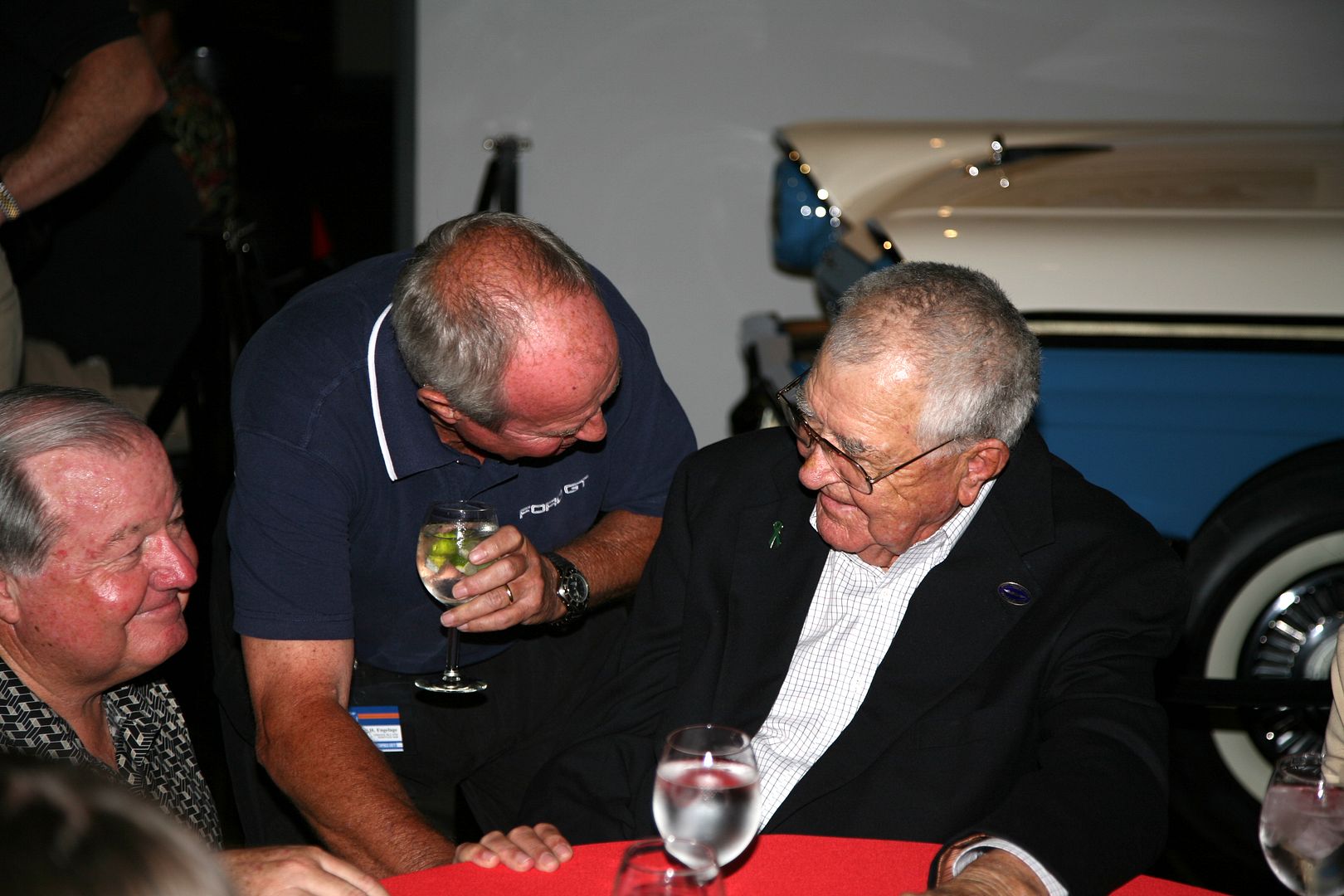 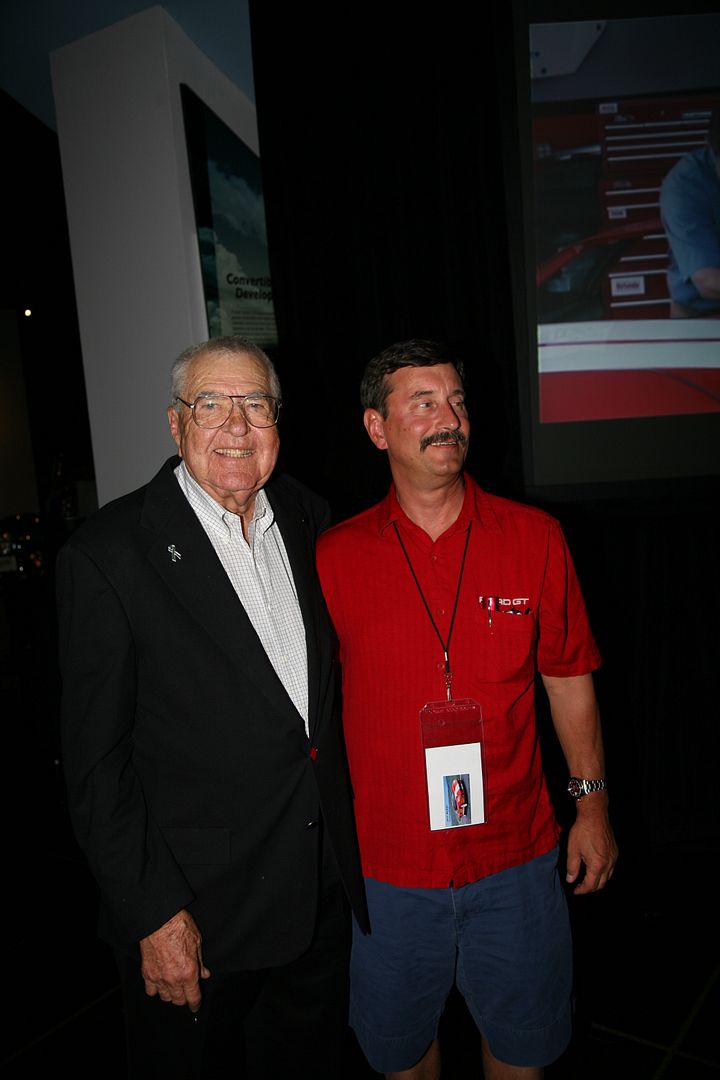 I love it Ercie, You hit the nail on the head. There will never be another Carroll. Always living in the future with a lot on his plate even at 89 years old. You certainly make me proud to be a TEXAN. Tomy

SYCO GT said:
I remember the 2007 Ford GT Rally dinner vividly. I was carrying around my helmet in a backpack the entire evening. There I was, in the buffet line, waiting for the right opportunity, but not going to be the first one to disturb the evening ambience. And certainly didn't want to interrupt a man in pursuit of a hearty meal.

As luck would have it, someone with way more gumption than me, broke the ice, and asked Carroll for his autograph. At that moment, I begin to reach in my backpack and started to swing the helmet into play, just as I saw hands waving and Shelby's handler say "NO AUTOGRAPHS!!!" "However, Carroll will be happy to take a picture with each and every person in this room that wants one"

I had dragged my poor wife (great sport she was), on our wedding anniversary, to this Forum Dinner at the Petersen Museum, and we were lucky to have this photograph of him and us. I thought of how kind it was for him to take the time to take pictures and talk with each of us. I'll always remember that night.
Click to expand...

I had a similar experience that night. I had brought the owners manual of my Ford GT up to that dinner for Carroll to sign but it was immediately made known that Mr. Shelby wouldn't be signing anything that night. I mentioned it to Tomy Hamon however and he said, "Give me your manual" which I did. Tomy is a long time friend of Carroll and he walked over, opened it up to the blank inner back cover, and even though he could barely see, Carroll Shelby signed his name perfectly with a black sharpie in my owners manual. Camilo signed his name on the preceding page. It makes me smile when I see it. Thanks Tomy.

As you can tell He loved being with the Ford GT Forum Group that evening. He was with " HIS PEOPLE". I was told this morning that there will be a public memorial service for Carroll on May 31st in Los Angeles at the Peterson Museum. The family service is private. I don't know the time as yet. Tomy Hamon
You must log in or register to reply here.
Share:
Facebook Twitter Reddit WhatsApp Email Link