Birth of the Ford GT - at the Simeone Museum

Livestreamed tomorrow from noon (eastern) to 2;30pm at: https://bit.ly/3x7IWxv 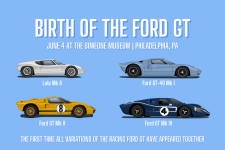 Simeone Museum Event To Explore Development of the Ford GT


The birth and evolution of the Ford GT – the iconic car that won Le Mans four times in the 1960s – will be explored at an event at the Simeone Museum in Philadelphia on June 4th. The “Birth and Evolution of the Ford GT” will have on display, for the very first time at the same place, all the racing variations of the Ford GT: Mk I, Mk II, and Mk IV, as well as a Lola Mk 6, the car many believe was the inspiration for the Ford GT.


The origins and development of the Ford GT will be discussed in a program that will feature three noted authorities on the marque: former driver for Shelby American and owner of the Lola, Allen Grant; author of Ford Racing Century and builder of the Kar-Kraft continuation Mk IVs, Mike Teske; and the author of the most comprehensive history of endurance racing, Time and Two Seats, Janos Wimpffen. Historian/photographer Harry Hurst will moderate.


After the discussion, several cars in the display will be taken out for demonstration runs on the Museum’s back lot.


The event begins at noon and is included with regular museum admission. In addition to the cars above, the display will also include a 2005 and 2019 Ford GT, both cars designed and developed with the original cars as inspiration. The cars will remain on display at the museum until June 12th.


The Ford GT-40 Mk I (chassis #1030) that will be displayed is owned by Benjamin Levy. The Lola Mk 6 (#LGT.P) is owned by Allen Grant. The Ford GT Mk II (#XGT1) and Mk IV (#J-8) are both part of the permanent collection at the Simeone Museum. A street model of the Ford GT-40, the Mk III, was made in very small numbers but was not intended for racing.


During the discussion, participants will use the cars on display to illustrate design details that are important in the evolution of the car. Video will be projected on the large screen above the stage so attendees can see it close up. The event is scheduled to be streamed live on Facebook. That link will be announced in the near future.


Featuring the following variations of the racing Ford GT

Wow, I thought all the hooplah was next weekend. Sorry to miss this. I have a nephew who lives down the street and is a member, but he is out of town on business

fjpikul said:
Wow, I thought all the hooplah was next weekend. Sorry to miss this. I have a nephew who lives down the street and is a member, but he is out of town on business
Click to expand...

There's more hooplah next weekend. Camilo will be there and they'll still have most of the cars there from this weekend (not the Lola, though). So you've got a second shot on goal!

I'm going over in the morning.
Not taking the GT just hanging out.
If someone wants to catch up let me know.
G

Wow! Wish I knew earlier! Would like to attend!!

I knew about it but couldn't get out of here.
I need to either pull the trigger and finally retire, or figure out how to clone myself.
Reactions: steved57

Camilo is doing a Pre-Demo Chat this morning at Simeone Museum.
Anyone headed over there?

I took the GT to the Museum Saturday - First time in the rain.
Camilo was super friendly and he graciously sign my GT.
A very Uneventful 40 miles ride home in the rain.
This car is amazing......

Guessing everyone has seen this; 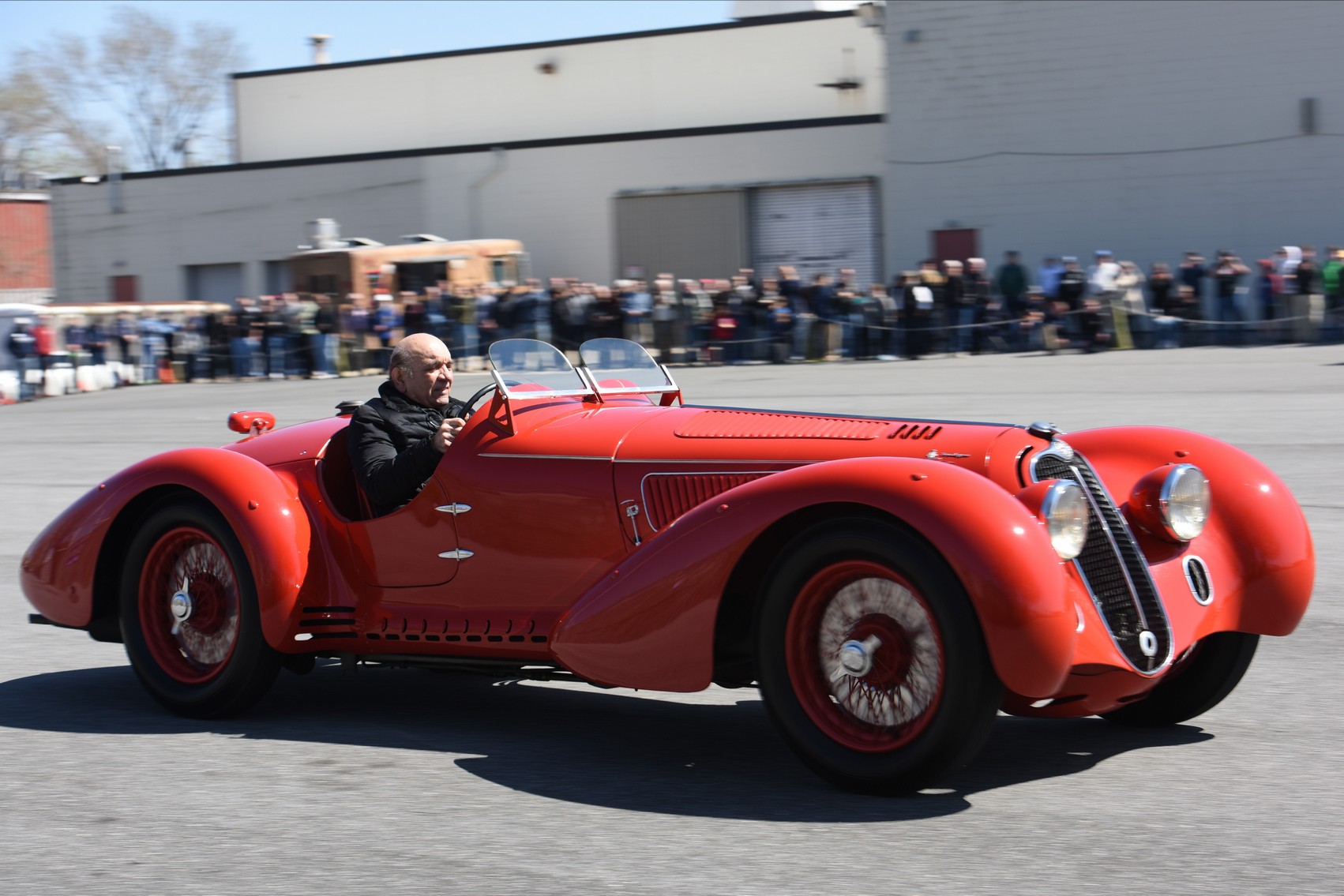 Dr. Frederick Simeone, renowned car collector and founder of the Simeone Automotive Foundation Museum in Philadelphia, passed away on Saturday, June 11. He was 86.

A great loss to the community.
J

A wonderful man and absolutely brilliant. I had the privilege of touring the museum with him as the guide.
RIP

A loss for the automotive community.

Obviously a very accomplished man, and a great car guy as well.

Got to meet him at a couple of the Museum's Demo Days. He sure enjoyed driving his Daytona Coupe!

I hope the Foundation continues with the Museum. If you haven't been, I would try to go. Perhaps sooner, rather than later, in case his death does affect the museum.
0

I too attended this past Saturday's Camilo Pardo design seminar & "Americas at LeMans demo day. Wad a wonderful time. I live about 45 minutes from the museum and it's always a great time. Went specifically to see Camilo, and get his autograph for a friend, and have him sign my GT Owner's Experience book. I brought my friend's engine bay brace from his 2005 GT (he won't drive it down there). I even had it in bubble wrap to keep it safe. Camilo was such a pleasure to talk to and he signed his prints, and posters he had for sale (picked up the LA SAAC Ken Miles poster and got him to sign that too).

Also went down to see the Lola & the Mk 1 they had on loan. Chassis 1030, the car from the design studio that Camilo had there while he designed the GT. He told some great stories about how they had gotten the program done and how he was working on the production version while doing the concept GT40. It was outstanding. I even asked him to explain to the group there how important Rich Brooks is to the car and how he's keeping the legacy of the GT going (he mentioned a certain person who designed the bumper delete and I asked "your talking about Rich Brooks right?".

Overall wonderful day, even with the slight rainy weather (doesn't stop them from taking the cars out back to run a bit).

And about his passing.

Extremely sad news. I was sitting up front to get pictures and I heard the couple sitting next to me ask an employee if the doctor would be joining us. His reply was he's not doing well but hopes to get back soon. After waking up Sunday morning and reading Instagram, I saw the post from the museum. Really really sad.

Dr. Simeone was an amazing person and gave anyone his time. He always enjoyed talking cars, no matter who it was. I had the pleasure of meeting him in 2004 at the Radnor Hunt Concorse. My doctor who did my transplant (liver) at Penn, October 7th, 2003 saw my car magazines my parents brought down for me while I was in recovery in my room several days later (I was 27 at the time of my surgery). He saw them and mentioned his doctor friend who had a huge collection of cars in a location off of South St (this was well before his museum).

So fast forward to Radnor Hunt. I was about to leave the show (was there for a bit) then I looked in the program and saw Dr. Simeone's picture. I said to myself, I gotta find him and meet him (and mention my doctor). I did find him, he was so kind, spoke to me for about 10 minutes when I asked to see his collection. He gave me a phone number to call.

I called him a week later (as he asked) and left a message. He called back within 20 minutes and we wound up speaking for over an hour. I was blown away that he would take that much time to chat with me about my health, my condition (that caused my transplant), and my love of cars and people we both knew. Seeing his cars back then was eye opening, to say the least.

It's a HUGE loss for the area, and for the car community as a whole. RIP Dr. You will be missed!!