Ford has put up their first iteration of a website for the new Ford GT.  It includes a bevy of incredible images of the new road and race cars, in addition to a few critical new details on the road car.  The website is available at:

Of massive interest will be the fact that the new GT purchasing process is set to begin in January 2016.  Interested parties will wish to stay tuned to Ford’s new GT site as well as www.fordgtforum.com for details as soon as they are ready for release.  Just know, in just a few short weeks, the lucky list of buyers will begin to be filled.

One of the key questions answered by the site and video above is how “active” the active suspension in the car really is. The new GT, which is already an extremely low car to begin with, can lower itself an additional ~50 mm to further increase performance.  Coupled with active aero, expect levels of grip mere mortals lack the confidence to safely explore.  Previously, Ford Global Performance Vehicle Chief Engineer told Hot Rod Magazine that the new GT was somewhere around 42″ tall, meaning that in race mode the new GT could return to (or even drop below) the iconic 40″ height of its forefathers.

If this sounds similar, it’s because the same modus operandi is employed in the $1.1 million hypercar, the McLaren P1. The big Mac ultimately produces a maximum of 600 kg when in race mode with the chassis 50 mm down and wing at maximum attack.  Whether or not the new GT hits those levels of grip-inducing force remains to be seen, but the new detail reveals a little bit more of where the GT fits in the performance landscape.

Clearly the GT will be no match for the acceleration of the hypercar class, but is there a car more similar to the GT than the McLaren P1…if you removed the hybrid bits?  The cars both sport a carbon fiber tub with aluminum subframes, full carbon fiber body work, a suite of active aerodynamic enhancements, and an extremely sophisticated race-inspired active suspension.  It seems obvious the GT occupies a space somewhere north of more expected rivals like the Ferrari 488 GTB, but won’t keep pace with cars whose power output flirts with 4 digits.  What could a P1 be if it were less-powerful yet lighter?

Perhaps Ford is producing something both new and old.  An ultra-high tech carbon fiber supercar that pushes the boundaries of aerodynamics, materials, lightweighting, and engine technology, but in a pure less-is-more package that harkens back to simplified supercars of eras past.  It certainly looks that way.

Regarding the active aero wing, the GT website says “When deployed, it can even change shape to optimize airflow and squeeze out just that extra bit of performance.”  Upon closer inspection you can see that not only does the wing extend and change angle of attack, but it also appears to have a deployable “gurney flap” style element.  Presumably this is a novel approach to adding maximum downforce when needed while reducing drag when not. 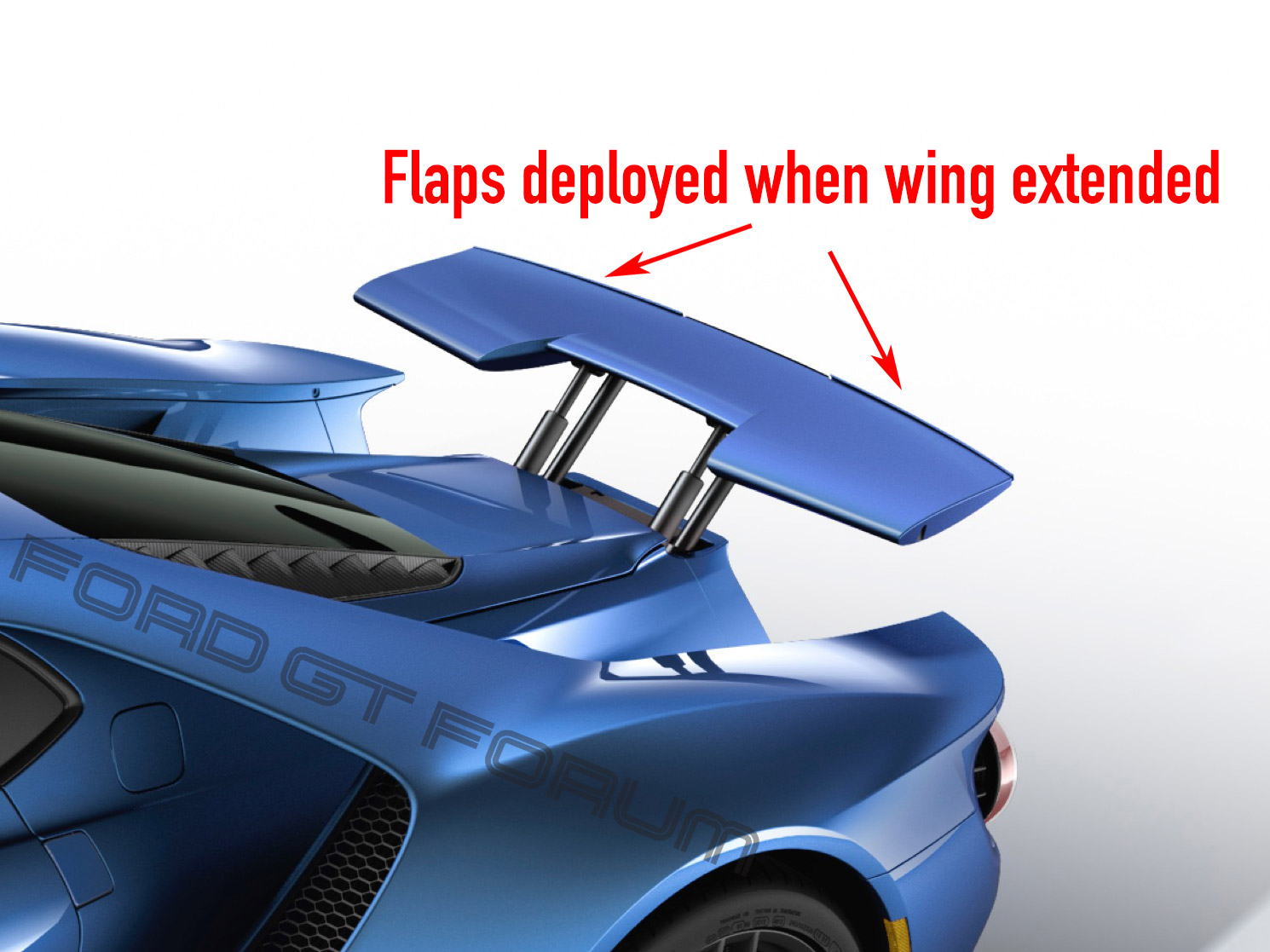 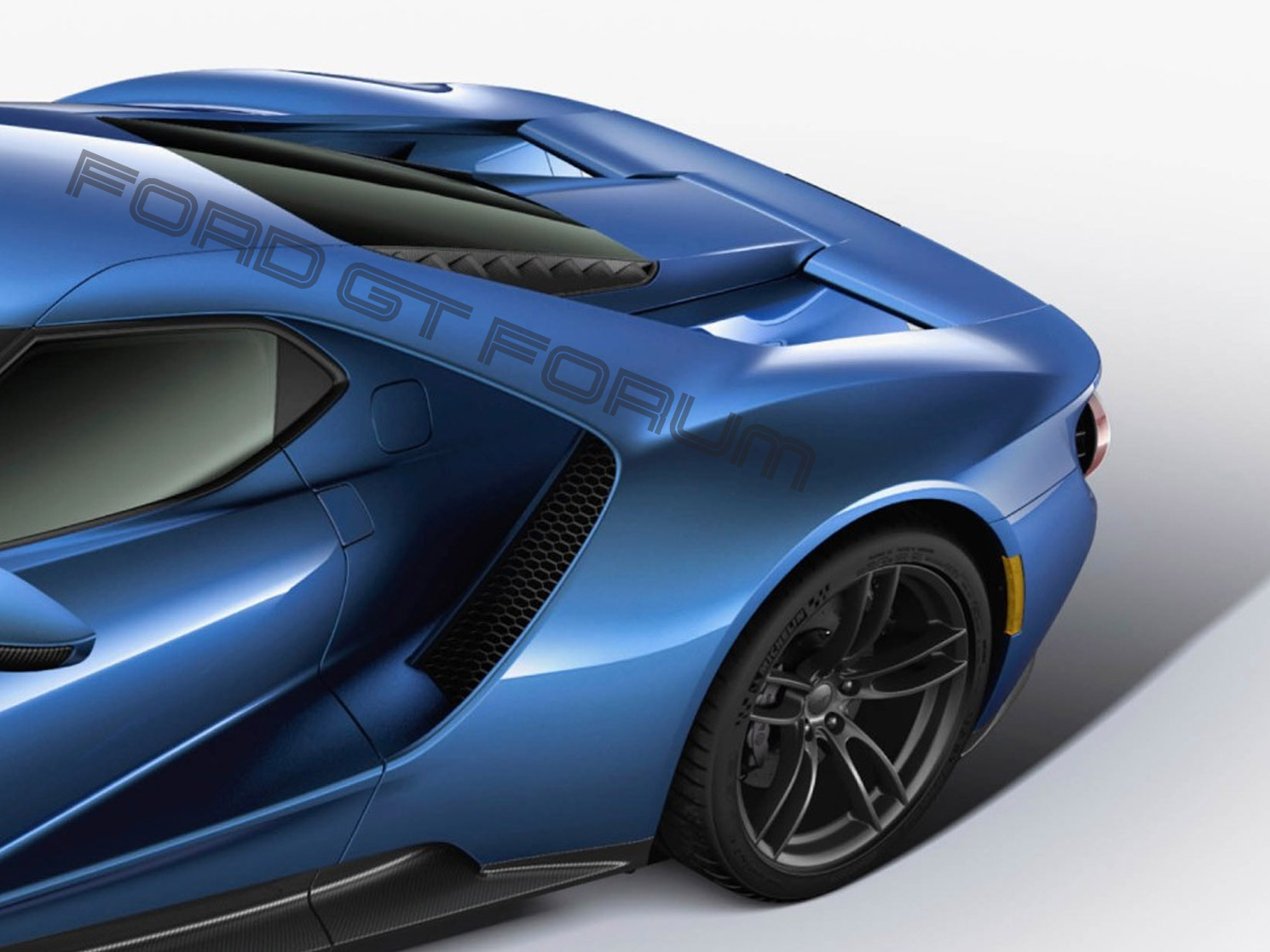 A
admin
What an incredible feat of engineering and art. So very proud, as an American and a mechanical engineer (and gear head) that this came from our shores. I hope it goes to LeMans and shreds it just like the '60s - America Baby!