Ford makes a major announcement detailing a new, integrated global performance vehicle and racing organization that will roll-out at least a dozen new vehicles by 2020. 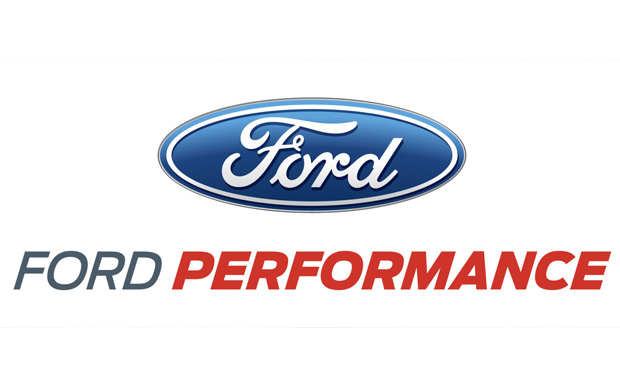 For the past several years, Ford has been pursuing a tighter integration between their various global performance vehicle operations.  Today those efforts culminate in the announcement of a new unified global performance organization operating under the banner of Ford Performance.  This new unit will bring together Ford SVT, Team RS and Ford Racing, as Ford re-focuses on innovation and technology through performance vehicles.

Among the details is the exciting news is that Ford will deliver more than a dozen new performance vehicles over the next five years, including making the long-coveted Focus RS available globally for the first time.  “Ford remains committed to innovation through performance,” said Raj Nair, Ford group vice president, Global Product Development, adding “We’re changing Ford’s performance business.”

The new organization also sets the table for more serious cooperation between Ford’s performance vehicles and racing efforts.  “Ford still races for the same reasons Henry Ford did in 1901—to prove out our products and technologies against the very best in the world,” Raj said. “The Ford Performance team will continue to pursue performance innovation, ensuring we can deliver even more coveted performance cars, utilities and trucks to customers around the world.”

With this new emphasis on an increased performance vehicle portfolio developed with a clear eye on racing, one has to be reminded of Ford’s “Total Performance” campaign of the 1960s.  With Ford vehicles and Ford power supplying hundreds of race victories throughout the decade, the bar to do it again would be high.  Can Ford rekindle the “win on Sunday, sell on Monday” magic once more?

Ford will deliver more than 12 new performance vehicles for global enthusiasts through 2020, as the company announced today its new global Ford Performance team.

“Ford remains committed to innovation through performance,” said Raj Nair, Ford group vice president, Global Product Development. “Our new global Ford Performance team ties together racing, performance vehicles and parts. It will allow us to more quickly introduce products and accessories that meet the needs of customers around the world on-road and on the track.”

Focus RS, which builds on a pedigree of driving excellence dating to the first Ford RS in 1968, was last introduced in 2009.

“To earn the RS badge, the vehicle has to be a no-compromise driver’s car that can deliver exceptional performance on the track when required while providing excellent every day driving,” said Nair.

In addition to pleasing enthusiasts, these vehicles help deliver the company’s One Ford plan for profitable growth, product excellence and innovation in every part of its business. Performance vehicle sales are growing around the world — with sales up 70 percent in the United States and 14 percent in Europe since 2009.

Ford’s ST lineup, for example, is attracting younger buyers who love to drive. In the United States, more than 65 percent of ST customers come from outside the Ford brand, and more than 50 percent of Ford performance vehicle owners’ next vehicle purchase is a Ford. Millennials are purchasing ST vehicles at a rate twice that of other Ford-branded vehicles.

Powering performance vehicles, such as Fiesta ST and Focus ST, is Ford’s award-winning EcoBoost® engine range. Since the introduction of the EcoBoost engine in 2009, Ford has produced more than 2 million EcoBoost engines globally.

“EcoBoost is a strong example of how we are migrating technology and engineering across our lineup, ensuring our vehicles are fun to drive — not just our Ford Performance lineup,” said Nair. “From our most nimble Fiesta to our hard-working full-size pickups and racing vehicles, our lineup benefits from the innovations we deliver at the track and at the limit.”

Another example of this technology transfer can be found in the recently revealed Shelby GT350 Mustang, which goes on sale next year in the United States and Canada. Aerodynamic innovations developed through Ford’s investment in racing were applied to the front end of the new Shelby GT350 Mustang, helping improve downforce in the car as well as cooling.

This includes developing innovations and technologies in aerodynamics, light-weighting, electronics, powertrain performance and fuel efficiency that can be applied more broadly to Ford’s product portfolio.

In addition to using racetracks around the world, the team will develop new vehicles and technologies at Ford’s engineering centers globally and at the new technical center in Charlotte, North Carolina. This state-of-the-art facility will help the team deliver racing innovations, as well as advance tools for use in performance vehicles and daily drivers alike.

Performance and racing are deeply embedded in Ford’s DNA, dating back 113 years when Henry Ford won the Sweepstakes Race against Alexander Winton, then America’s greatest racer.

“Ford still races for the same reasons Henry Ford did in 1901 — to prove out our products and technologies against the very best in the world,” said Nair.

“The Ford Performance team will continue to pursue performance innovation, ensuring we can deliver even more coveted performance cars, utilities and trucks to customers around the world.”